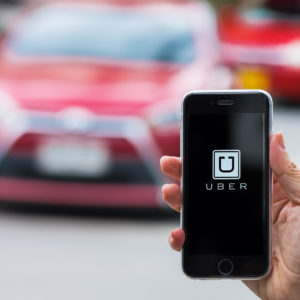 For most people, Uber is the best way to hail a cab and get to the other side of town. On the whole, customers are surprisingly comfortable with the idea of getting into someone else’s car to be ferried around by a stranger. Most of them don’t even think to question the safety of what they are doing. In Minneapolis, however, users of ridesharing apps have been shocked by the sorts of people the company is allowing to drive.

Digging deeper, the paper found that Uber had approved drivers with as many as 7 moving violations, as well as drivers with assault and theft convictions.

One driver even totalled her car while transporting a passenger. In Minnesota, the shocking stories are leading to a push for stricter regulation of the ridesharing apps. More broadly, Minneapolis and St. Paul are examples of the piecemeal regulation that currently governs the taxi replacements.

Historically, the taxi industry has been regulated locally, with cities and towns setting their own rules on the licensing and training needed to drive. The city of Minneapolis requires that taxi drivers have no misdemeanor charges in the last three years, no DUI or reckless driving convictions in the past five years, and fewer than three moving violations in the past three years.

When Uber came to Minneapolis in 2012, city administrators were initially unsure of how to legislate the new service. The companies argued that strict regulation would make it difficult to recruit drivers and the rules the city eventually adopted closely resemble those the company pressed for.

“It is just terrifying,” Minneapolis City Council Member Blong Yang said of the present situation. “These are people we should be protecting the public from.”

The company responded by pointing to the voluntary training options it gives its drivers and is reviewing its driver pool.

“As a result of this thorough review and as a result of working with you, we are making changes in Minneapolis in terms of training and re-emphasizing our standards,” said Uber spokeswoman Kayla Whaling.

Despite company promises, many users are hesitant to trust the app until safety concerns are addressed.

The situation in the Twin Cities emphasizes the regulatory problems that more and more municipalities are facing. Although Uber and Lyft began as plucky start-ups taking on the entrenched taxi industry, they are now multi-billion dollar companies.

“Regulators and lawmakers and states and localities are acknowledging that they can’t ignore them any more; they are too big, too powerful,” Michael Drobac, a Washington-based tech lobbyist said.

When municipalities pushed for driver background checks and fingerprinting in the past, Uber responded by threatening to pull out of the market altogether. In Maryland, the threat was enough to cause lawmakers to cave on a law that would have required rideshare drivers’ fingerprints to be checked against state and FBI databases. Lyft did not directly promise to leave, but noted that outside of NYC, it did not operate in jurisdictions requiring background checks. A similar regulation pushed Uber out of Austin earlier this year.

Like many issues involving the ride-sharing company, driver background checks aren’t quite as simple as they appear on the surface. In upstate New York, a campaign to require Uber and Lyft drivers to pass fingerprint background checks is being pushed by the Upstate Transportation Association, an industry group composed of taxi and livery companies.

Background checks are a means of assuaging customer concerns about safety. While horror stories of assaults and robberies committed by drivers make for shocking headlines, so far, few municipalities collect the data that would definitively answer whether or not an Uber or Lyft is safer than a cab. The data, like regulations, is lagging, leaving consumers to make their own call.