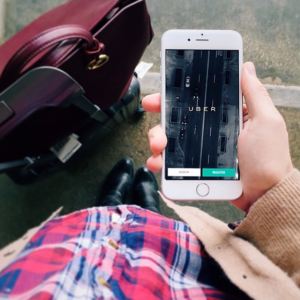 Uber drivers in Pennsylvania are suing the ride-sharing service to collect wages while waiting for rides in the latest court battle over whether drivers should be classified as contractors or employees.

Judge Michael Baylson of the U.S. District Court for the Eastern District of Pennsylvania denied a motion by Uber in December to dismiss a civil suit brought by Uber drivers in Philadelphia. The drivers say they’re entitled to minimum wage and overtime while logged into the app and waiting for rides, the Pittsburgh Post-Gazette reports.

Baylson has ordered both sides to submit evidence backing up their claims, including specific information from Uber on how much control it exerts over drivers while they wait for rides.

According to the UberBlack drivers of the app’s higher-tier limousine service who filed the suit, Uber mandates a number of requirements from drivers while they’re logged in that entitle them to pay when not driving. Those include requirements for business attire, fines for refusing rides, and paying for mandatory classes provided by Uber if a driver’s rating falls below a certain threshold.

“‘On-call’ may mean something other than an obstetrician waiting at home before driving to the hospital to deliver a baby,” Judge Baylson wrote in his December order. “The parties dispute whether being ‘on-call’ is synonymous with being ‘logged in.’”

The lawsuit in Philadelphia, where Uber only recently cemented legal permission to operate, is the latest case in a myriad of legal challenges by drivers across the country. Uber lost one such battle last June, when the California Labor Commission ruled an Uber driver in San Francisco was not a contractor but an employee, entitled to benefits. Uber settled two other class action suits in California and Massachusetts in April to avoid reclassifying more than 300,000 drivers, and agreed to be more transparent about its driver rating policies.

A willingness by judges like Baylson to hear more cases by drivers could signal a difficult precedent for Uber, which depends on its drivers’ contractor status to keep operating costs low. Drivers pay out of pocket for gas, insurance and maintenance, and Uber is exempt from offering benefits and labor protections. Though it’s revenue has gone up, Uber is expected to post a loss of $3 billion for 2016.

While the company’s outlook from the courts is opaque, it’s likely to have allies in the next administration. Republicans who will take control of agencies like the Federal Trade Commission and Department of Transportation have sounded support for the sharing economy that Uber and other tech giants like Lyft and Airbnb represent.

“The sharing economy, pitting a number of long-established business models against aggressive new entrants, appears a particularly fertile ground for such mischief,” she said. “But let me be clear where I stand: the evolution of markets should be driven by consumer demand, rather than artificial, regulatory preferences for one business model over another.”

President-elect Donald Trump’s nominee to lead the Transportation Department, Elaine Chao, has made similar anti-regulatory remarks in reference to Uber and others, and supported individual retirement, healthcare and benefit solutions to employer-provided methods mandated by government.

“Literally millions of people today participate in the digitally-enabled, peer-to-peer economy,” Chao said at an American Action Forum event last November in a speech discussing the sharing and gig economies. “So it is legitimate to ask if the regulatory solutions of the past– crafted by big government for big business– are appropriate for a peer-to-peer economy that is fluid, flexible and filled with workers who prefer independent arrangements.”