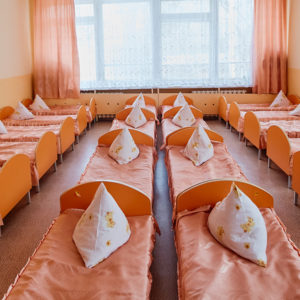 Sometimes when trying to meet a goal, unintended consequences results. In this case, bringing back the institution of government-run orphanages. Why it’s even being considered requires a little background.

Officially, government orphanages were abandoned in the early 20th century. Foster care became the mainstay simply because of economics. Whether it be orphanages or foster care, they usually house “unwanted” children; some are there due to parental abuse or neglect, others because they’re just not wanted.

Unfortunately, there are many foster parents who do it for money rather than altruism or religious belief. Regardless of the housing method, children can suffer devastation, trauma or death. Psychologically, they may internalize no one loves them, they can’t trust anyone; why go on, and some commit suicide. It’s also difficult for them to develop the skills or maturity to react to stress, a dysfunctional environment, or response to everyday situations. This can follow them on into adulthood.

I recently asked two questions to a number of people, protesting outside an abortion clinic. Would you fund/adopt an unwanted baby, rather than abortion? The answers were No! The second question was, “What should happen to unwanted kids if Roe v. Wade is overturned.” The usual response was at first a blank stare. Then composed, they said the government should take care of them; in other words, establish government-run orphanages.

There are 1 million abortions in the United States each year. Assuming abortion was made illegal, miscarriages, still-births, self-abortions, overseas abortions or mothers deciding to keep their babies would drop the unwanted children to 600,000. Each year adding those children to ones already looking for adoption would raise the total to 1 million kids the first year alone.

Being Pro-Life is an admirable position, but there must be a plan to accommodate the unintended consequences. Closing one’s eyes to the problem of unwanted children or telling the potential mother to tough it out is not a plan. Nor does having to deal with equipment/medicine malfunctions or saying “No” when being raped.

Once born, children do not become a throw-away item. They have emotions, dreams, desires; they don’t want to be traumatized or have emotional scars, which will last them forever. Ignoring the problem or saying it doesn’t exist doesn’t solve it! It tells kids, we don’t care about you once you’re born, you’re on your own.

Organizations and governments have a habit of applying quick fixes to problems without regard to the resulting consequences. Are institution government-run orphanages the solution to this potential problem? If Roe v. Wade is gone, what’s the plan?