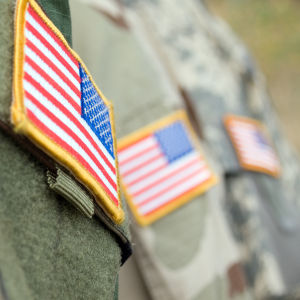 Congress originally passed the Military Lending Act in response to scandalous stories of predatory payday lenders who would set up shop around military bases and charge our servicemen and women sky-high interest rates that reached upward of 400 percent.

A decade later, this well-intentioned law, which was signed by former President George W. Bush as part of the 2007 Defense Authorization Act, is having some unintended consequences and in some cases making it harder for service members to obtain secure financial products even from traditional banks and credit unions.

Although the rules initially applied only to high-interest payday loans, vehicle title loans and income tax refund anticipation loans issued to covered borrowers, the Defense Department later expanded its regulations in 2015 to cover a broad range of lenders and credit products, limiting the interest that any lender could charge for extending “consumer credit” to active-duty military borrowers and their families at an annual percentage rate of 36 percent.

Rules that took effect late last year cover essentially all consumer credit products except home and auto loans. As of Oct. 3 of this year, credit cards will fall under the regulation, as well.

While the rules were intended to protect military families, such limitations make it harder for some to obtain short-term, small-dollar loans affordably. A survey completed in May that looked at National Credit Union Administration call data found that 86 percent of military credit unions saw their portfolios of payday alternative loans shrink over the course of 2016, compared to just 47 percent of nonmilitary credit unions. Under rules established by the NCUA, payday alternative loans, or PALs, have a maximum interest rate of 28 percent and a maximum term of six months. The data show that among all credit unions, PALs grew by 9.5 percent in 2016 to $129.5 million, although they are still dwarfed by the $50 billion payday lending industry.

But the effect of the MLA extends beyond just PALs. Essentially, lenders are less likely to write nearly any product for military borrowers with low credit scores or financial difficulties in their past. The credit union survey show that 11 percent of military credit unions have eliminated share-secured loans, while others have discontinued indirect car lending, unsecured lines of credit, overdraft lines of credit or credit cards.

Indeed, while the rules require that lenders check a borrower’s military status against the rolls kept by the Defense Manpower Data Center, there is evidence that some borrowers have gone so far as to deny that they were active duty on loan applications, just to gain quick access to higher-interest loans. Ironically, rules intended to protect military families from abusive lending practices are driving some away from responsible financial institutions and back into the arms of the predatory lenders.

In late June, the major trade associations representing the lending industry — including the Credit Union National Association, the American Bankers Association, the Independent Community Bankers of America, the National Association of Federally-Insured Credit Unions and others — wrote to the Defense Department seeking more clarity on a number of the rule’s provisions, as well as places where it appears to be inconsistent with the department’s interpretive guidance. The lenders also seek a one-year delay before the MLA is applied to credit card products, which could further constrain military families’ access to credit.

That would represent a good start. No one questions that service members enjoy better protections today than in the days when many were vulnerable to deceptive lending practices that could charge APRs in excess of 300 percent. But in a time when nearly 60 percent of U.S. households couldn’t manage an unexpected $500 expense, it’s also important not to kill those products that would best serve military families who find themselves in a jam.

They risked their lives to protect this country. The country owes it to them to protect their financial security, in turn.

R.J. Lehmann is editor in chief and a senior fellow with the R Street Institute.