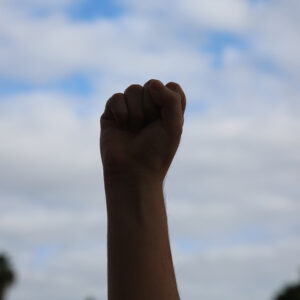 In broad daylight. Thousands of dollars in purses and handbags were taken. All captured on video.

And again, the situation turns political as this kind of theft is creeping up in stores around the country — from the West Coast to the East Coast.

“Exactly. DA (Kim) Foxx has essentially given the green light to criminals to commit these acts free of charge. This loss of product is going to be paid for, one way or the other. Would not surprise me if insurance companies start to fight back and think twice about renewing policies for certain stores and/or locations.”

“And if a clerk looked at them, the NAACP would object because they were obviously being profiled. Imagine a world when this demographic doubles. The crime wave is escalating and the MSM largely ignores it, why?”

The Magnificent Mile has been the target of rampant shoplifting that caused several stores to close their doors.

State’s Attorney Kim Foxx mandates that Chicago prosecutors only issue felony charges for theft of property over $1,000; the felony threshold used to be $300.

Plus, the city’s crime issue may only grow worse as at least 50 police officers have been put on unpaid leave for refusing to get the COVID-19 vaccine.

Other cities are facing similar issues, including San Francisco, where Walgreens announced it was closing another five stores because of shoplifting, bringing the total to 22.

And there is Illinois’ richest man, Ken Griffin. Speaking to the Economic Club of Chicago in early October, Griffin said he might move his Citadel company, an investment firm, if the city doesn’t “change course.”

He cited increased crime and violence in Chicago as one of several reasons why Citadel, which has $38 billion in assets under management, may seek greener corporate pastures.

“It’s becoming ever more difficult to have this as our global headquarters, a city which has so much violence,” Griffin said. “Chicago is like Afghanistan on a good day. And that’s a problem.”

One week, masked men in hoodies raid a Louis Vuitton shop, the next week it’s a Ulta beauty store.

Is this the unintended consequence of the reforms from the George Floyd movement, whose objective was to reduce encounters between police and citizens, especially Black residents? Remember cries of “Defund the Police.” How about the clamor for no police departments at all?

That situation could prove costly.

Even the hallowed NFL’s Chicago Bears appear headed to the suburbs as the team signed a purchase agreement for Arlington Park race track, 30 miles northwest of the city.

In San Francisco, as Walgreens after Walgreens close because of brazen shoplifting, residents of the city’s Marina District have turned to private security to patrol the streets and protect families.

“We don’t feel safe in our neighborhood,” resident Kate Lyons told KPIX-TV. “And we have an alarm, we have cameras on our property, but we want the extra security of having someone have eyes on our place.”

Also, in the Bay area in Palo Alto, a coordinated group of 11 people swarmed a Louis Vuitton store and stole $100,000 worth of handbags.

The suspects were all unarmed. They wore face coverings and were believed to be Black males and females in their teens or early 20s. Similarly, police said a group of 10 people stole 43 bags valued at $150,000 from a Neiman Marcus at the Stanford Shopping Center.

When these high-end shops/boutiques and drug stores are looted, the working communities are hurt. Many of the workers are Black and Hispanic; many of the people who frequent the drug stores are the elderly and people of color.

As Dr. Cottrol said, “On one hand, the jobs in the Louis Vuitton stores won’t be there. On the other hand, the elderly won’t have a drug store. Are their communities even going to be liveable anymore?”

They are simply unintended consequences of the George Floyd reforms.