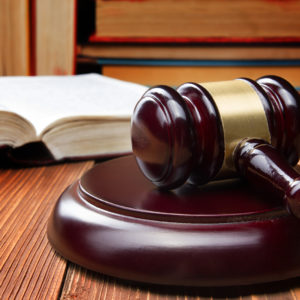 A major autoworker union has allegedly been leasing office space from a landlord even as he was being investigated for violating labor law.

Tesla’s manufacturing plant in Fremont, California is one of the company’s principal production facilities and has thousands of employees. The United Automobile Workers (UAW) has been involved in an extensive campaign to organize the facility.

The UAW decided to set up an office close to the plant as part of its unionizing drive. The union continued leasing the property even after the landlord was charged with severe wage law violations in July 2016. InsideSources obtained documents allegedly showing the union has continued to use the property until at least May 2017.

The UAW has been an outspoken critic of employers violating wage and labor laws. It has even used such accusations against automakers during unionizing drives.

The property owner, Sreenivasa Munukutla, was investigated for wage and labor violations even as the union continued to lease from him.

Munukutla is currently one of the two owners of Somasoft Solutions Inc. Former Labor Secretary Thomas Perez filed a complaint in federal district court against the company in July 2016. The Northern California Record detailed the allegations in an article at the time.

The complaint alleges that employees of the company were not paid overtime for the hours they had worked. The employer was accused of misclassifying workers as independent contractors so they wouldn’t qualify for overtime. The company also allegedly fired employees who complained.

Labor Secretary Alexander Acosta found that wage laws had been violated in his ruling May 20. The decision noted that the employer had failed to appear or otherwise defend its action. The employer was ordered to pay $98,334 to cover back wages and liquidated damages.

The UAW disclosed in its latest financial report that it was leasing the property while the investigation was ongoing last year. A flyer for an open house shows the union was holding events at the property at least until May 2017. The next round of financial disclosure reports should reveal whether the union continued to use the property even after the decision.

Tesla has faced pressure as the unionizing drive has progressed. The Los Angeles Times reported earlier in the month that workers had filed complaints alleging the automaker was trying to hinder unionization. Tesla has denied the accusations.

The UAW and Somasoft Solutions Inc. did not respond to a request for comment by InsideSources.