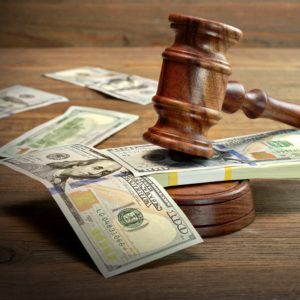 A Michigan union is being challenged in court by two grocery workers for restricting how they can become nonmembers in a case that highlights an even greater national debate.

The United Food and Commercial Workers Union (UFCW) is one of many unions that restrict how and when members can leave. Critics have denounced those types of policies as unreasonable. UFCW Local 876 was hit with a class-action lawsuit by two grocery workers who tried but failed to become nonmembers.

Robbie Ohlendorf and Sara Adams filed the lawsuit to challenge two policies which prevented them from becoming nonmembers in 2016. Glenn Taubman, an attorney for the workers, argues that the case points to a bigger national issue – that most unions deploy some kind of restriction that makes it more difficult for workers to leave.

“These grocery store workers in Michigan are challenging two restrictions that the union put on them,” Taubman told InsideSources. “One is that they can only communicate by certified mail. The second is they can only send their revocation during this narrow 15-day window period. And if they miss they’re stuck paying for a full additional year.”

Ohlendorf and Adams sought help after they were unable to become nonmembers. The National Right to Work Legal Defense Foundation (NRTW) stepped in by providing them with free legal assistance. The nonprofit advocates for workers having a choice on whether to be unionized.

The two grocery store employees have since worked their way through the court system. A Western Michigan District Court judge sided with the union by ruling that dues deduction authorization restrictions were binding. The workers then appealed their case to the U.S. Sixth Circuit Court of Appeals where it was heard Feb. 1.

“Workers are being trapped into paying forced dues against their will because union bosses have created hurdles solely to block them from exercising their rights,” NRTW President Mark Mix said after the case was heard. “A favorable ruling from the Sixth Circuit Court of Appeals would send the message that union bosses cannot limit employees’ rights through these arbitrary requirements.”

Taubman notes that the workers tried to go through the union process but were rejected simply because it wasn’t the right time of year. Labor unions have been known to deploy these types of methods elsewhere with annual opt-out windows being one of the more popular.

“They found us because they sent in letters to the union saying we’re resigning and we want to revoke our dues and the union refuses to allow them to revoke,” Taubman said. “The union said they can resign if they want, but they’re going to take their money anyway.”

Taubman adds that such restrictions violate provisions related to the National Labor Relations Act. He also notes that they have previous cases to point to which have upheld their position. The U.S. Supreme Court, for instance, ruled against similar restrictions in the 1959 case Felter v. Southern Pacific Co.

“We cite a ton of cases going back to the 1950s,” Taubman said. “There are court cases that say that unions are not privileged to ignore otherwise authentic letters from people. We have a ton of case law to support us. The union is not allowed to put these types of impediments in the way of people who are trying to exercise their right to leave.”

Nowhere can a worker be forced to be a union member, but in states without right-to-work laws, unions can require a nonpolitical fee. Taubman notes that unions have imposed opt-out restrictions in both states with and without the law – but adds that he has seen those tactics to a greater degree as more states turn right-to-work.

Labor unions have faced increasing scrutiny for policies that make it more difficult to leave. The National Employee Freedom Week was established six years ago as a national campaign to educate workers on their rights to become nonmembers – arguing that such information is often not provided to workers.

Local 876 did not respond to a request for comment by InsideSources.