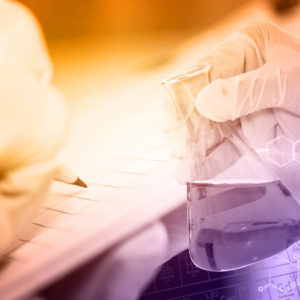 For years, the Union of Concerned Scientists (UCS) has cast itself as a kind of Olympian arbiter of the nation’s big policy debates, issuing reports that are presented with a scholarly veneer that can give them the look and feel of research produced by a professional scientific institution. Yet for all the organization’s efforts to position itself as a voice of reason, there is much about the organization that actually resembles an aggressive political activist group like 350.org instead of a respected scientific society like the American Medical Association.

In fact, in its latest crusade to pressure government officials to crack down on the fossil-fuel industry, or under the increasingly dubious theory that the industry concealed what it knew about climate change for decades, the group sought to make a splash with yet another “study” it released on Thursday. But critics in and out of industry dismissed the study out of hand, saying that it was little more than a collection of elegantly repackaged criticisms and half-baked accusations that UCS and groups like it have been leveling for years.

None of this should surprise anyone who has followed UCS and its long history of activism. Indeed, the group’s activism goes back to the tumultuous protests of the 1960s. It grew out of the radical student activism against the Vietnam War on the campus of MIT. The group took its initial steps as a political voice by calling for a one-day boycott of research to protest military research being performed on campus.

And more recently, the group has continued its political campaign by going after Republicans, most notably President George W. Bush, whose administration was accused by the group of pursuing an agenda that was anti-science. UCS went so far as to organize a petition against President Bush claiming that the Bush administration “has continued to distort and suppress science.”

The group’s partisan leaning campaigns can also be seen in its pattern of political donors. Left-leaning groups such as the Hewlett Foundation, the Rockefeller Brothers Fund, and the Energy Foundation (a well-known group that environmentalists like Tom Steyer have donated to) at some point have all contributed to UCS’ continued show of scientific-advocacy.

But to genuinely appreciate the degree to which the organization has placed activism ahead of scientific research, it is helpful to review the reports it has released in recent months. Where professional scientific studies produce unbiased results that are rigorously peer-reviewed, UCS offers an alternative that amounts to a glorified to-do list for activists of all sorts, from peace activists to food activists and environmentalists.

The titles alone are telling: Subsidizing Waste: How Inefficient U.S. Farm Policy Costs Taxpayers, Businesses, and Farmers Billions; Transparency in Food Labeling; The Risk of Nuclear War with China; The Devastating Consequences of Unequal Food Access: The Role of Race and Income in Diabetes; Surviving and Thriving in the Face of Rising Seas.

These days, the group has set its sights on companies refusing to adhere to its laundry list of demands involving climate change. In fact, its obsession is such that it has turned on an actual scientific society simply because the institution won’t fall into the climate orthodoxy — in this case, cutting ties with ExxonMobil.

But the report does not adhere to basic standards of scientific inquiry, like employing a control group to serve as a basis of comparison. In fact, all of the ratings given by this group of scientists lists are entirely subjective and politically motivated. Instead, the scorecard is not much more than, well, a scorecard, with criticism of eight companies in an industry that UCS has spent years planning to undermine, raising questions about the accuracy of the findings.