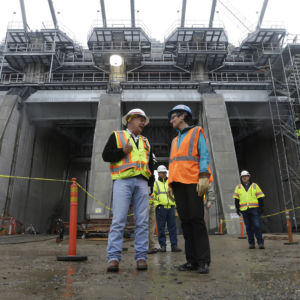 A local union president is alleged to have been involved in an assault at an Indiana church that left several construction workers severely injured.

The Center on National Labor Policy (CNLP) moved in to support the construction workers in their legal challenge. The lawsuit is still ongoing, but new information has come to light. Local 395 President Jeff Veach is now alleged to have been involved based on information uncovered during a police investigation and turned over to CNLP.

“They finally turned over all the documents they had which include witness statements,” CNLP Attorney Michael Avakian told InsideSources. “One of the attackers was the local union president. So not only a local union business agent but the president of the union.”

Avakian adds the additional information was provided about six weeks ago. The complaint has since been amended to reflect the new information. InsideSources contacted the local police to confirm the findings. The Dyer Police Department could not provide comment since the investigation was transferred to the Department of Labor (DOL).

Dyer Baptist Church was undergoing construction work at the time of the attack. Union Business Agent Thomas Williamson Sr., according to the lawsuit, demanded the project be turned over to his union prior to the incident. D5 Iron Works President Richard Lindner reportedly told him he had to leave because he wasn’t covered by the onsite insurance.

“The next morning the BA shows up at the church offices, and talks to the pastor of the church,” Avakian said. “Says this isn’t the way its supposed to be, we think that the union should be in here and so forth, and clearly tries to get him to cut a deal that would force our guy off the job, and create a union situation.”

Construction worker Scott Kudingo was among those who were assaulted. The lawsuit states that he was thrown to the ground, and beaten by the union members. He was kicked by steel-toe-boots. He suffered numerous injuries. His face was fractured, and he had to have his jaw wired shut.

“Scott Kudingo who got beaten, hit in the face, had his jaw crushed and broken in three places, he’s been sort of put back together, but the doctors want to break it all again because it hasn’t healed correctly,” Avakian said. “So it’s another long series of painful carrying on.”

Kudingo begged the attackers to stop but they refused. Lindner and Joe Weil, another colleague, tried to intervene, but the union officials turned on them too. Weil was allegedly beaten with wooden boards during the attack. He was also stomped on.

“Here’s the kicker for the employer,” Avakian said. “Its cost of doing business has now increased dramatically because the medical worker comp insurance kicked in to take care of the medical expenses for the four guys.”

Avakian adds the incident will be considered a workplace accident unless proven otherwise. D5 Iron Works will essentially be responsible for the injuries unless the case is adjudicated against the union. The company could end up incurring radically increased worker compensation costs.

The DOL and police department have not taken any actions against the union. The union business agent has invoked his right to not speak by taking the fifth amendment. The union still has time to submit testimony and other evidence.

The case is currently undergoing the discovery phase which allows either side to collect evidence. They can make requests for information like admissions and depositions. The judge will decide whether to call a trial or not once the discovery phase is over May 1.

The DOL and Local 395 did not respond to requests for comment by InsideSources.