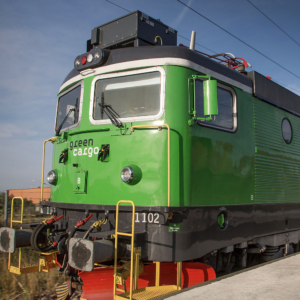 It sounds like the setup to a bad joke: How many people does it take to crew a freight train?

But with the federal government wading into the debate, no one thinks it’s funny.

In 2019, the Federal Railroad Administration under former President Donald Trump issued a rule revoking a 2016 proposed regulation and enabling railroads and labor unions to determine staffing through collective bargaining. California, Nevada, and Washington states sued, claiming the rule would undermine rail safety. The Ninth Circuit Court of Appeals in February upheld a lower court’s order requiring two people in the cab, opining that the Trump rule was arbitrary.

At the end of the month, the U.S. House Subcommittee on Railroads, Pipelines, and Hazardous Materials is scheduled to look at this issue. But rail observers say the focus is misplaced.

“A law or regulation that permanently requires a minimum crew size of two – especially where there is no evidence that one-person crews are less safe – can only stand in the way of further reductions in accidents caused by human error,” said Patrick McLaughlin, senior research fellow at the Mercatus Center at George Mason University.

After the federal government deregulated railroads, it still found ways to impose rules that required the private companies to abide by various mandates and laws, including the Rail Safety Improvement Act in 2008 that paved the way for Positive Train Control across much of the rail network. The technology can stop a train and prevent train-to-train accidents, derailments caused by speeding, and unauthorized train movements. Years’ worth of reports from the Federal Rail Administration point to human error as a factor in a significant number of train accidents.

McLaughlin said mandating a certain number of crew members could deter automation and “lock-in the possibility of human error.”

A blog post from Elliott Long, senior economic policy analyst at the Progressive Policy Institute, noted freight rail crew sizes have steadily declined in the U.S. from five-person crews in the 1970s down to the current industry standard of two. Over the same period, accident rates fell more than 80 percent with railroad investments and technological advances crucial to the improving safety record.

But locking-in crew numbers has long been a goal of the unions representing rail workers, who have lobbied for at least the last five years at state and federal levels to mandate that all freight trains operate with two people in the cab. There are about 40,000 freight rail conductors, and reducing the crew requirements would give the railroads flexibility to redeploy employees elsewhere.

SMART, the International Association of Sheet Metal, Air, Rail and Transportation Workers, declined to comment for this article. However, they are counting on the historical relationship between Democrats and labor unions to usher through their plans. Then-presidential candidate Joe Biden recorded a video last year promising unions he would have their back in the fight.

This fight, though, is a “small, annoying issue” that masks the larger threat to the rail industry, said a long-time analyst.

“Long-standing historical concerns about railroad operations, inefficiencies, and regulations that bred a hostile relationship with labor, government letting go but not really succeeding [to step away], and facing a future that’s a real threat – and they’re worried about two people or one in the caboose” scoffed Clifford Winston, a senior fellow at Brookings.

Winston said there are several ways to address safety issues – if safety is the real goal.

“Unions could care less – they have a short-term view,” he added. “This is within a historical context. They have always been that way.”

This misplaced focus masks the deeper issue that many labor unions have been pushing against within progressive politics – good-paying blue-collar work in industries that are at odds with environmental activists’ goals of combatting climate change.

The Biden administration is putting a lot of political capital into an infrastructure bill that promotes green energy and a significant reduction in greenhouse gases and emissions across the entire U.S. economy. Freight rail would seem to fit in with that since it accounts for just .6 percent of emissions.

The crew-size mandates being pushed by labor, though, would increase costs and make freight rail less competitive against its archnemesis, the trucking industry.

“The world changes, and unions are not in the position they once were,” Winston said. “It’s not a new thing to get a friendly Congress to help them. But my thought is, leave [the railroads] alone to improve their competitive position in the future or they’re going to be in real trouble.”