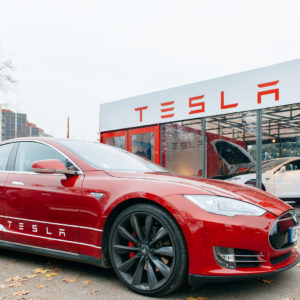 A major autoworker union is promising better safety standards in its bid to organize a manufacturing plant despite its own past record.

The United Automobile Workers (UAW) has launched a campaign in recent months aimed at unionizing Tesla employees at a manufacturing plant in Fremont, California. The union has been highly critical of company management throughout its extensive campaign to organize the facility with safety being a primary concern.

The UAW released three pamphlets highlighting safety concerns at the plant, like being exposed to dangerous chemicals. The union adds that representation could help improve safety standards – but the union has a history at the very same facility that seems to undermine that rhetoric.

“We need better information, effective exposure controls, and safer chemicals,” one of the pamphlets read. “As a union, we’ll be better able to work together to achieve these important objectives.”

The pamphlets covered issues like chemical exposure, breathing problems, injury, and birth defects. The UAW also encouraged workers to confidentially share their safety concern stories with a union organizer – while providing a link so that workers could privately send their stories.

Tesla revamped the facility to a technically advanced manufacturing plant after purchasing it in 2010. The UAW would later launch a campaign to organize workers at the plant starting September 2016. Prior to the current effort, the union had already organized the facility back when it was owned by the New United Motor Manufacturing (NUMMI).

The NUMMI was an automobile manufacturing company which was jointly owned by General Motors and Toyota starting in 1984 – with the Fremont facility acting as its base of operations. The UAW represented the workers at the plant until it closed in 2010. During those years, the plant had a safety record that was worse than industry averages.

Both federal agencies track incident rates by multiplying the number of reported injuries and illnesses by 200,000 before dividing that number by total hours worked by all employees during the year. The 200,000 figure represents 100 full-time employees working 40 hours a week. OSHA applies the calculation to companies while the BLS applies it across industries.

Terry Bowman, a Ford Motor Co. worker and former UAW member, isn’t surprised that the union would promise better workplace safety despite its own contradictory record. Bowman has worked alongside national organizations and become a vocal advocate in support of right-to-work and holding unions accountable. The Moving Unions Forward campaign, his latest effort, seeks to educate the public on the UAW and its alleged history of failure to protect workers.

“Quite frankly, it’s just a union doing anything and everything it can without considering whether what they say is true or reflects reality,” Bowman told InsideSources. “It’s a simple marketing ploy and talking points for the union to try to convince workers to organize and decide for the union to be their bargaining agent.”

Bowman adds that the union regularly uses the tactic in unionizing drives and to pressure employers into doing what they want – while using union-appointed inspectors to backup the claims. He notes that while he doesn’t know the conditions at the Fremont facility, the workplace safety claims reflect past tactics.

“Their rhetoric on safety is simply that, it’s nothing but rhetoric,” Bowman said. “What I have found is that the UAW will tend to use safety as a catchall, if you will, against a company to try to get them to give in on some other negotiation items during contract times or in an organizing drive.”

The UAW has launched other complaints against the automaker throughout its campaign to unionize the facility. The union filed unfair labor practice charges against the company Oct. 25 alleging that management intimidated, harassed, and even terminated employees to discourage them from unionizing. The complaint notes workers who were targeted were wearing items that include union logos.

The UAW and Tesla did not respond to a request for comment by InsideSources.