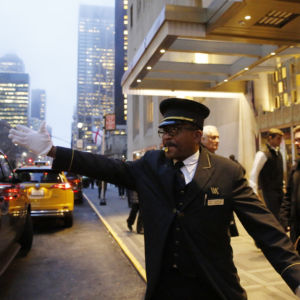 A Seattle initiative that protects hotel workers could soon spread to other cities, but critics warn it gives unions an unfair advantage.

Seattle has often served as the test grounds for progressive policies. Those ideas sometimes turn into national issues. A new initiative that protects hotel workers against assault, sexual harassment, and injury could be next. Those opposed to the policy warn it’s unnecessarily burdensome and gives unions an unfair advantage.

The Seattle initiative was approved by city voters during the November election. The initiative includes several provisions related to healthcare, workloads, and job security. Hotels will also have to blacklist guests that have received complaints from workers.

“I think the potential impact is what we’ve heard from hotel owners,” Washington Policy Center labor director Erin Shannon told InsideSources. “It’s going to have a pretty significant impact on their bottom line and, of course, anytime you increase the cost of doing business, the majority of the time those businesses end up offsetting those increased costs by increasing prices or reducing their labor costs.”

Unite Here is a national hotel union that helped get the initiative passed. The union hasn’t said whether it plans to introduce the policy in other regions. Nevertheless, unions and other supporters could potentially spread the idea elsewhere.

“I think it’s logical to assume their plans aren’t to just stop at one city,” Shannon said. “I do believe their plan is to ultimately grow these type of regulations in other cities as well.”

The initiative also includes a provision which gives unions a significant advantage. Almost every provision is negotiable during collective bargaining. The assault provision is the only one without an exemption. It potentially makes unions the low-cost alternative for hotel owners.

“Nearly everything in the initiative can be waived by unions in closed-door bargaining,” Washington Hospitality Association communications manager Jillian Henze told InsideSources. “If it’s good for everybody, why would it be waivable? Why would you want to negotiate it away?”

Labor unions have used similar tactics in the past. Los Angeles was one of the first cities to increase its minimum wage to $15 an hour. Labor unions played a major role in getting it passed. They received national backlash when it was revealed the law exempts unionized employers.

“We speculate on what that’s about, and really the only good reason: there is no good reason to exempt unions,” Shannon said. “The only reason you can think of is to provide unions with some leverage to convince hotel employers to unionize so they won’t be forced to comply with all these various provisions of this measure.”

Seattle has served as the launching point for several national issues in recent years. The Fight for $15 movement saw its first legislative victory in the city back in June 2014. The initiative could move onto other cities like previous progressive policies have.

“I think that’s why they do these things in Seattle,” Shannon said. “Seattle is so progressively minded, I think it’s considered a way to plant a seed. You plant that seed in Seattle, then you use it as it takes root to then go around to other cities.”

The blacklisting provision has also attracted concern. Hotels workers can report guests for assault or sexual harassment. The hotel is then required to investigate and determine whether to ban the guest. The hotel doesn’t have to notify the guest or police.

“The piece that concerns us the most is the blacklist component,” Henze said. “That blacklist component, we do believe, violates the rights of our guest because it makes the hotel act as judge and jury to decide whether sexual harassment or assault did actually happen.”

Henze adds the process doesn’t require police attention, despite how serious the charges could be. The hotel worker has to explicitly state they want to involve the police. Shannon notes police should be involved, and hotels shouldn’t be acting as their own legal system.

“Anytime a worker has a complaint that a guest has harassed or assaulted them, that’s something the police should be immediately involved with,” Shannon said. “Under this initiative, an employee can make a complaint, an allegation that this happened, and then they can say I don’t want to go to the police.”

The Washington Hospitality Association filed a lawsuit against the initiative Dec. 19. It primarily rejects that hotels will be required to punish guests without giving them the opportunity to refute the charges. The initiative also raises privacy concerns as the blacklists could potentially be retrieved through a public records request.

The Seattle initiative has not been introduced in other cities at this point. Its backers haven’t stated whether they are looking to introduce it elsewhere. The $15 minimum wage, however, was quick to spread to other cities when it was first passed.

Unite Here and its local affiliate did not respond to request for comment by InsideSources.