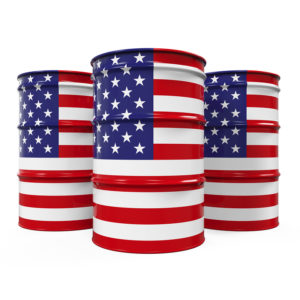 Access to affordable, clean and reliable energy is at the center of the crises unfolding across Europe and the events leading up to Russia’s unprovoked invasion of Ukraine.

For far too long, Russia’s leadership has weaponized its energy resources, inflicting pain on regional nations to gain political and economic influence. These vulnerabilities have been exacerbated by unrealistic policies focused on a rapid transition to renewable energy.

Given the urgency to support our European allies and the brave people of Ukraine, we must act swiftly to put in place mechanisms to combat Russia’s aggression — including leveraging America’s abundant natural gas resources.

Our European allies, which have become reliant on Russia for more than 40 percent of their natural gas due to short-sighted policy decisions, are facing supply shortages and reliability challenges that, together, are causing deep economic pain to the region. In fact, natural gas prices in Europe broke record highs recently. This dependency not only destabilizes Europe but it also directly funds Russia’s war machine.

As the world’s largest producer and exporter of natural gas, America — and Pennsylvania in particular — is uniquely positioned to do even more to support our allies and their efforts to counter Russia’s hostility. We are fortunate to have such abundant resources that can meet domestic consumer demand and aid European allies.

Some progress is starting to take place. Germany, for example, is advancing infrastructure investments to enhance natural gas trade and imports from allied nations in order to weaken Russia’s grip on their energy and economic security — yet much more can and must be done, and the United States is well-positioned to lead.

Export facilities along the Atlantic and gulf coasts are shipping record levels of natural gas to Europe, helping our allies to access the world’s most responsibly produced natural gas. Currently, more than half of American natural gas exports are Europe-bound — but we can do more.

The strength of America’s shale revolution has created the ability for us to act swiftly to help our European allies while improving the global environment and our overall energy security. This is a proven fact. Consider, other strategic U.S. allies with few natural resources of their own — such as Japan and South Korea — have been top recipients of clean U.S. natural gas for the past several years. Our support has helped these countries shore up their own energy security while advancing our own national security.

From a policy perspective, elected officials must prioritize solutions that boost the security of our allies as well as the climate benefits inherent to domestic natural gas. This means de-bottlenecking approvals for necessary infrastructure and working collaboratively to reduce obstacles to maximizing the development and deployment of our natural gas resources. With the right level of commitment from policymakers, we’ll make certain Russia’s ability to inflict pain is short-lived. In fact, recent polling shows nearly three-quarters of Americans — on both sides of the political spectrum — believe natural gas should be part of our country’s energy policies.

Some question whether America has the political will to make the right policy decisions to prioritize modern energy infrastructure. We don’t need to look to Europe as an example of how short-sighted policy has negative consequences, we need look only to New England, where state politicians have banned critical pipeline infrastructure, resulting in significant economic hardship for consumers. Their policies have directly led to a growing dependence on importing foreign natural gas — including, just a few years ago, from Russia.

David Callahan is president of the Pittsburgh-based Marcellus Shale Coalition. He wrote this for InsideSources.com