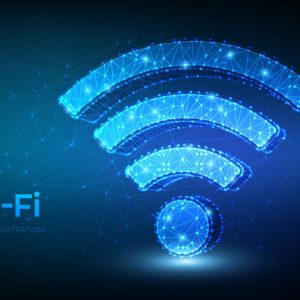 Unlicensed spectrum made innovative technologies that require large amounts of data processing — like Wi-Fi and Bluetooth — possible. The next generation of technology — think the internet of things, augmented reality headsets and smart wearable devices — will require processing even more data through wider channels. Fortunately, a solution sits before the Federal Communications Commission: It can reallocate the 5.9 and 6 GHz bands for unlicensed use, potentially opening up a significant block of unlicensed spectrum next to the existing unlicensed 5 GHz band.

Unlicensed operations are unique among wireless communications in that, as the name suggests, operators do not need to obtain a license from the FCC to function. This means that apart from getting a device certified, innovators need no regulatory approval to begin testing and deploying new services. As an example, Wi-Fi developed largely because consumers could establish home networks without the need for a license, which eliminated one potential barrier to deployment.

The 5.9 GHz and 6 GHz bands, which sit along the upper bounds of the unlicensed 5 GHz band, offer an opportunity for creating wide channels for unlicensed use. However, the two are currently allocated for other services.

With respect to the 6 GHz band, the FCC has already issued a notice of proposed rulemaking and can move on it soon. The majority of this band is used by point-to-point microwave links, which tend to be high off the ground and narrowly targeted, rarely changing power or direction. This makes avoiding harmful interference in this band somewhat more straightforward than in other bands, and therefore the band presents an excellent opportunity for sharing if done correctly.

Unfortunately, outdated commission rules are preventing this scenario. The 5.9 GHz band is currently allocated to Dedicated Short Range Communications (DSRC). This technology, in theory, allows for vehicle-to-vehicle and vehicle-to-everything (V2X) communications, enabling vehicles to warn drivers about impending dangerous conditions in time to take corrective or evasive actions. As proponents of the technology have stated, this could theoretically help reduce the over 30,000 traffic fatalities that occur in the United States each year.

While benefits of the technology are clear, there is one major problem: No one is using it. It has been over 20 years since the commission allocated the 5.9 GHz band for DSRC, and in that time, deployments have been scarce. In fact the leading proponent of DSRC, Toyota, has since abandoned its plan to install the technology in its vehicles.

Therefore, despite trepidation from the Department of Transportation, the commission should move forward with a new notice of proposed rulemaking to flesh out the current state of the technology and explore ways to introduce unlicensed use into the band.

Many potential paths forward exist. FCC Chairman Ajit Pai recently announced a proposal that would involve a spectral split, leaving the upper 30 MHz of the 5.9 GHz band for vehicle communications and the lower 45 MHz for unlicensed use. Because the previous noticeis still open, the FCC could also explore opening the entire 5.9 GHz band to unlicensed operations, either on an exclusive basis (with automotive safety being moved to a separate band) or with a dynamic sharing regime. This approach would allow the band to serve as a bridge between the 5 GHz unlicensed band and the 6 GHz band.

With commission action, unlicensed use of the bands can flourish. If the commission opens up the 5.9 and 6 GHz bands for unlicensed use, it will allow manufacturers to access wider channels without the need for major changes to existing equipment. Likewise, the benefits to consumers would be immense. Wi-Fi alone powers 13 billion devices worldwide, and estimates suggest that by 2022, 5.2 billion Bluetooth devices will be shipped annually. All of these devices need access to unlicensed spectrum.

Even beyond the existing use cases, we must also be careful not to inhibit the development and deployment of new technologies that haven’t even been contemplated yet. New innovations may be just around the corner, but the need for unlicensed access remains the same.

Therefore, it is critical that the commission gets this right.