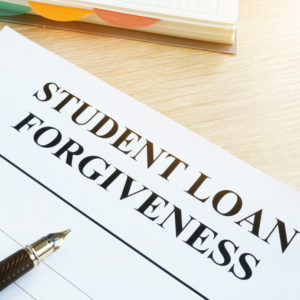 Untargeted Student Debt Forgiveness is Public Looting by the Rich

We find ourselves in the middle of a confusing crisis. The pandemic isn’t over and smart people still don’t agree on what the government should be doing about it. It’s the kind of moment where enterprising policy advocates might get lucky and push things through that would be subjected to harder critiques in calmer times. Student debt forgiveness, an idea still getting tossed around in Congress, might be such a policy. Now that Congress has spent an incredible $1.9 trillion on stimulus, progressive Democrats including Senate Majority Leader Chuck Schumer are calling for untargeted student loan forgiveness of up to $50,000. Of course, this is merely attempted looting by the richest Americans.

Most Americans probably know at least someone buried in student loans, who either didn’t finish school, or whose degree hasn’t helped them get a high-paying job. Most Americans probably agree there are some big and bad institutional incentives that push a lot of people into that situation. There is, with good reason, a lot of political will for changing this state of affairs.

But untargeted loan forgiveness isn’t the way to do that. If we want to change bad institutional incentives and support the people who are underwater, there are other ways.

First, a lot of higher education is paid for with federally-held or guaranteed loans. This creates a dynamic of moral hazard where borrowers and private lenders have less of an incentive to judge school quality. Bad schools can keep getting debt-funded tuition because the government bears most of the downside risk and is slow to cut them off. Second, it’s a marketplace with government-subsidized demand (through the guaranteed loans) and restricted supply—making tuition costs unnecessarily high. Essentially, all of this boils down to the fact that college is more expensive than it should be and a lot of places that offer a worthless product are surviving.

A lot of the people who have student debt from worthless degrees didn’t know what they were getting into. It’s not unreasonable to view that as a scam. It’s not unreasonable to materially support those people as we might materially support the victims of any other scam. But we should be directing our policy energy toward stopping the scam enterprise as a whole. If we merely pay off the people who have been scammed, we only make it more worthwhile for scammers to set up shop. That’s why any good-faith effort at tackling the higher education mess has to address the incentives the government provides for bad schools to keep selling worthless degrees.

Untargeted student loan forgiveness wouldn’t do anything to address the bad incentives in higher-ed. On its own, it would make those incentives worse. Thus, untargeted forgiveness would be a mere wealth transfer at best. And despite the way boosters talk about it, it would be a wealth transfer that’d mostly go to the highest-earning people in the country. Economists Sylvain Catherine and Constantine Yannelis have estimated that, in untargeted universal forgiveness plans, half of the transferred wealth would go to people in the top 30 percent of the income distribution. Even untargeted forgiveness of only $10,000 in loans would result in a transfer mostly to above-median earners. Rather than seeking out the people scammed by bad schools, this would mostly just be a payoff to the rich.

That’s why it’s a bit hard to take seriously the emotional rhetoric from Democrats like Schumer, calling for untargeted forgiveness of loans up to $50,000. It wouldn’t solve our higher education problems, and would generally just pad the pockets of the highest-earning people in the country. It would be naive to not notice the party of high-earning, college-educated young people is pushing for a huge transfer of wealth that would mostly go to that constituency. It’s something from a crony capitalist nightmare, and it should make progressive supporters think twice about whether they’re being honest with themselves.

The next decade is going to involve a lot of upheaval in higher education and labor markets. There are real hardships ahead for young people trying to get educated and build careers. Policymakers need to think about how our institutions of education can change to help these people. There needs to be a focus on developing new ways of funding education (like income-sharing agreements) and on breaking down barriers to entry in vocational training and higher education. But throwing money at rich constituents to try to quiet them is a dangerous way to avoid reality.

Isaac LaGrand is a Young Voices contributor. He wrote this for InsideSources.com.