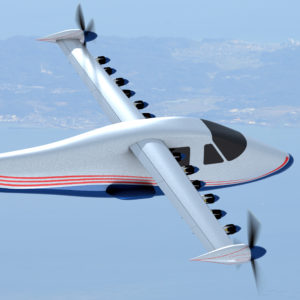 Up, Up and Away — Electricity Takes to the Skies

The aviation industry — from the backyard inventors to the giants like Boeing and Airbus — are all feverishly working on electric airplanes. The sparks are flying. The new age of flight has taken off.

Erik Lindbergh, grandson of national icon Charles Lindbergh, calculates that 200 firms of all sizes are working on electric aircraft, reminiscent of the early days of both flight and automobiles.

Lindbergh, an accomplished pilot, who replicated his ancestor’s Atlantic solo crossing in 2002, but in a single engine plane, is an avid electric aircraft proponent and developer.

Across the Atlantic in Lausanne, Switzerland, another aviation giant, Andre Borschberg, famous for his around-the-world flight in the solar-powered Solar Impulse in 2016, has just demonstrated an electric flight trainer, the H55, that is operational and being offered to flight schools around the world. It was rolled out at a press event last month.

The destination is always the same, but the paths differ.

The goal is to say farewell to noisy, polluting planes and to usher in environmentally acceptable ones. Even The Economist, a pro-business, pro-personal choice magazine with a global readership, has recently railed against the pollution from airliners and criticized the use of private jets and first-class travel. Aviation is estimated to add up to 5 percent to the greenhouse gas being pushed into the atmosphere. The real problem is that jets lay it down where it does the most damage: at 30,000 feet and above.

To those who live near airports whether it is in Arlington, Virginia, San Diego or London, noise is a real and constant problem.

It will be decades before large jet liners are replaced with electric propulsion, but for light aircraft and for a new kind of flying, involving what Lindbergh calls “flying cars,” the future begins now.

Lindbergh tells me he is working with a major automobile company on what will be a vertical takeoff and landing, flying car, aka airplane. Enthusiasts have dreamed about such a vehicle since the Wright Brothers.

Borschberg, with an enormous amount of firsthand knowledge about using electricity in propulsion, acquired in his spectacular around-the-world flight with co-pilot Bertrand Piccard, is using the experience gained with Solar Impulse in the H55. It is the first generation of trainer: good today, better tomorrow. It also gives suppliers, like Siemens — which is developing electric aviation-specific motors — to evolve their products. The H55 buys its components.

Borschberg says the flight trainer market for a two-seater simple aircraft is large and expanding, particularly in Asia. “There is a pilot shortage all over the world,” he told me.

The limitation of the H55 and other light electric airplanes, including those made in Slovenia, is range. The H55 has only 90 minutes of endurance because of the limits of battery technology. You had better have landed or you will be out of juice; up, up and away having become down, down and dismay. OK for one-hour flight training, but not for those cross-country flights that trainee pilots must make, at least in the United States.

For that reason, Lindbergh is promoting, through his company VerdeGo Aero, a hybrid with a gasoline engine and electric motors. While not a pure electric play, this will perform bridging, much as hybrids have in the car market.

Elsewhere, there is huge excitement about all-electric air taxis and many companies, including Uber, are concentrating on these. In fact, Uber ties eventual financial success to driverless air taxis.

Lindbergh says money is pouring into the electric aircraft field with rich individuals, including Larry Page, co-founder of Google, leading the way. Pure electric drones (like the air taxis, but not designed to carry passengers) are the darling of Amazon founder Jeff Bezos.

The new airplanes are of various shapes and sizes. Electricity allows you to have many propulsion points, many propellers or one; propellers at the back or the front, and even to have jet equivalent with propellers forcing air into a tunnel to create thrust.

The sky’s the limit, you might say, if batteries catch up with soaring hopes.