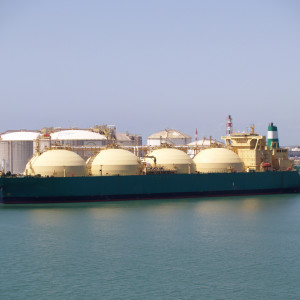 On Monday, a shipment of liquefied natural gas (LNG) arrived in the Lithuanian port of Klaipeda. That in and of itself was not overly remarkable, but where the shipment came from was. The shipment was the first purchase and importation of American natural gas by a former Soviet state. While the quantity of gas sold was minor, the shipment symbolized dramatic shifts in the worldwide energy market with the potential to influence geopolitics by reducing Russia’s ability to manipulate energy access to exert influence over its neighbors.

Although the initial shipment was primarily of symbolic impact, officials in Lithuania were clear about the message they were trying to send.

“We want to cement our relationship with the United States in many aspects in addition to defense and security– energy trade is one of the strategic areas for cooperation,” Lithuanian Minister of Foreign Affairs Linas Linkevicius told Reuters.

Cheniere, the company behind the shipment, said it was looking forward to continuing the relationship with Lithuania.

Lithuania has been working to reduce its dependence on Russian energy for several years. In 2014, it opened a terminal for LNG imports and began bringing in gas from Norway. However, the country would like to show Russia, and the state-backed energy company Gazprom, that multiple alternate energy suppliers exist.

“That’s just smart business sense not to have all your eggs in one basket,” says Brigham McCown, an American infrastructure expert and a Program Council Member for the Warsaw Security Forum. “From my perspective, a lot of Eastern European countries would like to have U.S. natural gas in particular.”

However, he stressed that the viability of American natural gas sales to central Europe depends on its price. Shipping LNG across the Atlantic requires a very low production price at home.

To the extent that American producers are able to hit this mark, it is thanks to fracking. Fracking has paid off dramatically in terms of cheap energy in the U.S. Abundant natural gas has lowered electricity prices and helped spur the development of major chemical plants in places like Ohio and Louisiana. The next stage for the industry has been the export market, which so far has focused on Canada and Mexico. As the industry continues to expand, shipment companies are looking further afield, to Latin America and beyond.

Now the technology has also lowered natural gas prices to prices competitive with Russian ones even after shipping costs are included. American domestic energy production, in conjunction with the 2008 recession, dramatically lowered energy prices and, as a result, took a large bite out of the Russian government’s finances.

Russia depends heavily on energy exports for government revenues. The sudden fall in oil prices in 2008 left many government programs dangerously underfunded, a situation exacerbated by widespread corruption and graft. It has already slashed pension benefits and other government services. Last fall, the Russian government passed its 2017 budget, projecting a deficit of 3.2 percent GDP and planning to cover the gap by drawing 1 trillion rubles (approximately $16.9 billion) from its reserve fund.

It is clear that low energy prices are hurting the Russian economy. What is less certain is how high the price needs to climb in order for the government’s books to balance. Russia’s finance minister said early in 2015 that prices would need to climb to $82 a barrel before the government was running in the black. A more recent analysis by Business Insider placed the figure slightly lower, projecting that sustained prices of $68 per barrel would allow the country to break even on its deficit. That is still far higher than today’s closing price of $48 a barrel.

In addition to oil, Russia exports natural gas to much of Europe. Sixty percent of Europe’s gas comes from Russia and the percentage climbs the further east one goes. Poland imports about 60 percent of its gas from Russia, and Estonia, Finland, and Latvia import more than 90 percent. This control over the market makes Russia’s neighbors nervous. Not only do they lack the ability to force competition on price, over-reliance on a single supplier puts them at risk of outright manipulation.

In 2009, Russia memorably shut off gas supplies to Ukraine for two weeks in the dead of winter after the two countries had a disagreement over prices. Faced with freezing temperatures, Ukraine was forced to accept the increase.

At the wellhead price, American gas dramatically undercuts Russian supplies. In June, Russian natural gas sold for $4.98 per million BTU, down from $6.28 in January. Meanwhile, American natural gas was selling for $2.94 per million BTU. The trouble is getting it to Europe. Transportation costs quickly eat into the price differential.

As much as Europe depends on Russia, so Gazprom depends on the European export market.

“Europe was, is and will remain Gazprom’s priority market,” Gazprom’s Deputy CEO Alexander Medvedev said at the same event. “We can’t see yet who else could offer European customers natural gas that’s as affordable.”

However, given the countries’ small sizes, the central European export market has far less effect on Russia than export to Germany and Western Europe.

“The Baltic countries are quite small and while important customers for Russia, even their complete loss as customers would be unlikely to create a serious financial problem for Russia,” says Hannah Thoburn, a research fellow at the Hudson Institute. “The construction of the Lithuanian terminal has already created competition in the market and aided Lithuania in negotiating lower prices for the (now smaller) amounts of gas they still purchase from Gazprom. But strategically, the continued loss of market share in these countries and the lessened influence that the Kremlin thus has over internal politics in those countries is a bigger blow.”

The loss of influence, while harder to quantify, has remained an important element in the background of discussions of energy exports. For the current administration, shipments of natural gas are symbolic of overture to the west and lessened reliance on Russia.

President Trump pitched America as an alternative energy supplier during his trip to Eastern Europe in July, telling a crowd in Poland that his administration was committed to ensuring that the country and its neighbors would not be “held hostage” to Russian energy supplies in the future. Poland received its first shipment of American LNG earlier this summer. It’s a symbolism that is surely not lost on Russia.

At present, shipments of LNG to the region are limited by the available infrastructure. There are only two LNG import terminals in Central and Eastern Europe–in Poland and Lithuania. Pipeline connections to Western Europe, which has more terminal capacity, are limited. Estonia, Croatia, Latvia and Romania have plans to open LNG terminals in the future.