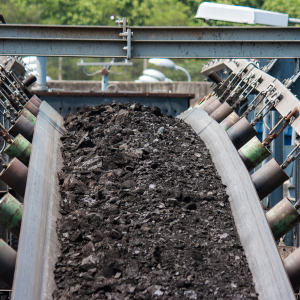 US Missing out on Coal Export Growth as Global Demand Rises

Those closely following energy news may conclude that coal is on the decline. One news report last week made the case that US coal exports will be trending downwards. The World Bank is limiting funding for coal projects, and some are viewing coal as a high-risk investment. Has demand for US coal peaked?

Such a view conflates domestic red tape with what is actually a growing global market for coal. In reality, the US is simply missing out on international growth.

Two new reports suggest that demand for coal will continue to rise, particularly in Asia. And if the US is going to capitalize on this trend, policymakers will need to approve new ports for coal exports on the west coast.

The first report was released by the International Energy Agency (IEA) on Monday. The report found that global demand for coal will continue to increase over the next five years, surpassing 9 billion tons by 2019. Demand growth in Asia will offset declines in growth from the US and Europe.

Some have questioned whether the recent agreement between President Obama and Chinese President Xi Jinping may impact the use of coal. China has set 2030 as a target for its emissions to peak. China also announced in late November that it intends to put a cap on coal use at 4.8 billion tons per year by 2020, though this level is 16% higher than what China used last year.

“We have heard many pledges and policies aimed at mitigating climate change, but over the next five years they will mostly fail to arrest the growth in coal demand,” said IEA Executive Director Maria van der Hoeven.

The second report comes from the Institute of Energy Economics, Japan (IEEJ). It was originally released in October, but Shoichi Itoh, Senior Analyst at IEEJ, gave a presentation on the report earlier this week in Washington. He explained the report’s findings in an interview with InsideSources. Rising efficiency of coal use, along with production trends in China and other factors will lead natural gas to outpace growth in coal. But the IEEJ report finds the use of coal will increase significantly between now and 2040. According to the report, coal consumption in 2040 will be more than 17% higher than it is today. 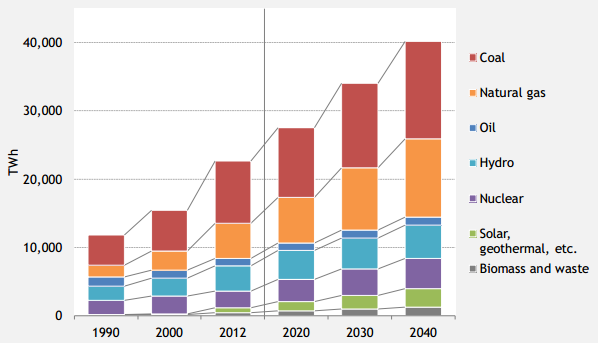 “Asia’s demand for coal is still booming,” said Meredith Miller, Senior Vice President of Trade, Economic, and Energy Affairs and Outreach at the National Bureau of Asian Research, in an interview with InsideSources. Without new export facilities on the west coast, US coal producers will likely turn to Canada to ship coal to Asia.

Environmentalists often note it’s unnecessary to build coal export terminals on the west coast because exports will be declining, so the market isn’t there. For example, David Hawkins, director of climate programs at the Natural Resources Defense Council, told Politico: “I don’t think there ever was a serious prospect of increased coal exports offsetting the coal use in the United States.”

It’s true that US coal exports are declining. In 2012, the US exported 125.7 million tons. The Energy Information Administration projects this number dropping to 82.7 million tons next year.

The environmentalist argument presents a bit of a jump in logic. They often make the case there is not a need to build export terminals as there is no demand. But no company would want to build an export terminal if there weren’t demand. So clearly there is.

The decline in exports is closely tied to an inability to export. It is not economical to export coal from states like Montana if it must be shipped via export terminals on the east coast. If the west coast export terminals are approved, these two new studies prove there remains a growing market for US coal.

At an event at the Center for Strategic and International Studies earlier today, IEA’s Laszlo Varro noted that one third of global coal plants were built after 2005. Coal is far from decline.

The question then is not an environmental concern. Asia is going to use coal. That can come from Australia, South Africa, or a number of other countries, all of which will continue matching supply to demand. Or the US can take advantage of the abundance of its coal to boost its economy and job growth at home.