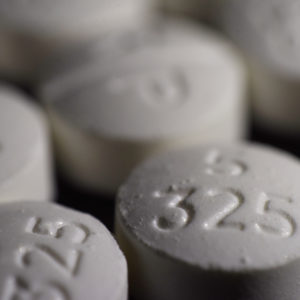 Use Data Analytics in the War on Opioids

America has been losing the war on opioids and the consequences are astounding.

Last year 69,710 Americans died of opioid overdoses. In one year, we lost 19 percent more Americans than in the Vietnam War and 30 times the number killed in Afghanistan.

The nearly 70,000 deaths in 2020 mark a 49 percent increase since 2018, when concern about opioids was at the top of America’s political agenda and the last major opioid legislation was enacted. Furthermore, without the recent, widespread use of naloxone, which quickly reverses drug overdoses, the 2020 losses would have been even more staggering.

Drug treatment and prevention programs are extremely important and should be aggressively funded and expanded. But much more is needed.

The war on opioids must also involve seizing as many opioids as possible. This requires fully enforcing the 2018 Synthetics Trafficking and Overdose Prevention Act (STOP Act), the major legislation referenced above. Simply put, the fewer opioids drug cartels ship, the fewer people die.

The STOP Act requires advanced electronic data (AED) tracking information on all packages coming into the United States. The international postal system, unlike private shippers, has not been subject to this requirement until recently.

With AED, law enforcement can use sophisticated data analytics to better identify and seize suspicious packages which have opioids. Data analytics is growing in leaps and bounds, providing many other benefits to America. AED is a high-tech weapon against drug cartels that America needs to deploy more widely and systemically, and consistently improve.

One of the drug cartels’ biggest challenges is to get fentanyl and synthetic opioids, nearly all of which are produced outside the U.S., into America. Much is smuggled in through the U.S.-Mexico border. But much of it comes from China through the international postal system, as a 2018 bipartisan Senate report found.

We are doing much better at seizing opioids on the border while raising a white flag about opioids that enter the U.S. by mail.

The STOP Act calls for packages without AED to not be delivered. Yet every month tens of thousands of such packages continue to be delivered.

The STOP Act required every country to put AED on packages entering the United States by January 1, 2021. Today, more than 100 countries have been granted exemptions.

In addition, CBP has given no indication of how it will report to Congress on opioid seizures made by AED and steps it is taking to improve enforcement of the STOP Act.

Drug cartels, which are run by sophisticated and shrewd operators are likely pivoting and seeking to ship more drugs by mail. When one part of a balloon is squeezed, the air, or in this case the shipments, goes another way.

To be fair, CBP is doing important work and under great strain. It should have significantly more resources for its work at the southern border and in general. But if CBP does not aggressively enforce the STOP Act and seize opioids in the mail, this burden will be pushed to state and local law enforcement who are also overwhelmed.

America will not be doing its best to fight opioids until the letter and spirit of the STOP Act are fully in effect, as Congress called for in an overwhelmingly 2018 bipartisan vote.

America must fight the war on opioids and win it. We have the technology and the resources to do so. Throw in resolve and common sense and it will be the drug cartels dying, not 70,000 of our fellow Americans.