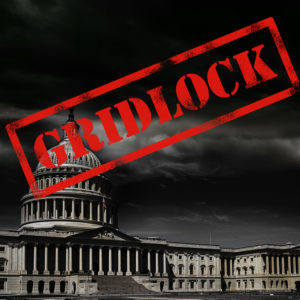 Small ball is when a baseball team employs a strategy to grind out a run or two, through sacrifice bunts and other measures. It typically means low-scoring games as teams give up outs for a higher chance of getting a run or two.

But low-scoring innings can win games and break teams out of slumps. The 2015 Kansas City Royals won the World Series because they mastered small ball.

Exhibit A for a public policy slump in Washington is the current gridlock surrounding the U.S. Postal Service. Since 2009 the Postal Service has been on the Government Accountability Office’s High Risk List of organizations needing major reform. Despite this, a December 4, 2018, Presidential Task Force report, and strong concerns from elected officials on both sides of the aisle, reform measures have been dead in the water, including the defeat of nine reform bills since 2011.

On August 1, the slump may have begun to end. That day the Senate confirmed three nominees to the Postal Service’s Board of Governors, providing the board with its first quorum since 2014. In fact, the board had none of its nine outside governors as recently as August 2018; it now has five.

The board’s powers are formidable. As the Postal Service says on its website, the board, “directs and controls expenditures, reviews its (the Postal Service’s) practices, conducts long-range planning and approves officer compensation and sets policies on all postal matters. The board takes up matters such as service standards and capital investments.”

In fact, the board members are all heavy hitters who bring much needed financial and operational expertise.

Ron Bloom served in the Treasury Department during the Obama administration, helping lead the restructuring of General Motors and Chrysler. Roman Martinez is an accomplished investment banker who serves on the boards of blue-chip companies. John Barger’s extensive business experience includes being a director at companies facing changing markets and technology demands.

They join Dave Williams, a former inspector general of the Postal Service who has been nominated by both Democratic and Republican presidents and confirmed by the Senate to several positions, as well as Robert “Mike” Duncan, whose three decades of federal experience includes serving as the chairman of the board of the Tennessee Valley Authority.

With a negative net worth of more than $62 billion, 12 years of consecutive losses, and total unfunded liabilities exceeding $140 billion, the Postal Service’s financial problems are staggering. Mail volumes, which still account for 70 percent of Postal Service revenues, are continuing to decline.

Key to turning around the Postal Service will be:

—Identifying the Universal Service Obligation, or core services that the postal service must provide to all Americans.

—Determining whether there should be price caps on any services from the Postal Service.

—Determining how the Postal Service can best make much-needed capital expenditures for new trucks, as 62 percent are at least 20 years old.

—Figuring out how the Postal Service can continue to provide a fair and living wage to its workers, while also adopting money-saving technologies.

—Ensuring that workers have adequately funded pension and retirement health care benefits and receive what they were promised.

The governors can make major improvements to the Postal Service by addressing these issues to the maximum extent they can under current law. Their work should be matched by major congressional postal reform before a crisis hits that curbs mail delivery and disrupts the economy.