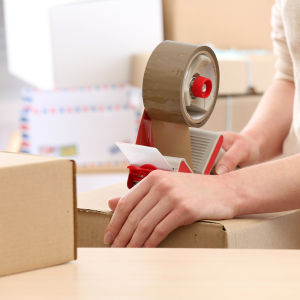 The U.S. Postal Service and leading package delivery companies told Congress Tuesday that international postal policies are putting America at a disadvantage against global economic competitors such as China.

In testimony to the House Oversight Committee, representatives of USPS, FedEx and Amazon advocated for changes to the international system of fees that postal operators pay one another, which is set by the United Nations.

Under the current system, it costs more for an American business to ship a package to a domestic consumer than it does for a foreign seller to deliver to that same consumer.

Several committee members said this problem hadn’t been on their radar until recently, but many of them appeared concerned by Tuesday’s testimony.

Rep. Mark Meadows, R-N.C., committed to holding more hearings on the subject. He also said he would be looking for action from the State Department, which represents the United States to the United Nation’s Universal Postal Union. The UN agency will be reviewing its postal policies at an international conference in Istanbul next year.

Robert Faucher, the acting deputy assistant secretary for the State Department’s Bureau of International Organization Affairs, said he and his colleagues are committed to making progress on the issue.

“The system is not fair, and that’s what we’re trying to improve upon and correct,” he said.

According to Misener, the mere fact that Congress is now grappling with the issue is a step forward.

“The topic of international postal policy often feels obscure and impenetrable, but it is important for the U.S. economy,” said Nancy Sparks, the managing director of regulatory affairs for FedEx Express. She noted that FedEx, UPS and USPS collectively employ more than one million Americans.

Some policy experts have voiced concerns over the USPS rates for international shipping even as the Postal Service has suffered from eight consecutive years of billion dollar losses.

“In today’s global economy, American business will not always win,” says George Landrith, president of Frontiers of Freedom, a free-market policy group. “Yet losing at the hands of flawed policy from a quasi-government agency like the United States Postal Service is simply unacceptable. The USPS charges less than 94 cents to deliver a four-pound package from China to an American consumer. An American company trying to ship the same package from a neighboring state could be charged $11.30. The practice led to a $79 million loss in 2013, according to the USPS. Put simply, the USPS should not be subsidizing international package shipments to the detriment of American businesses and consumers and Congress is right to look into this misguided policy.”