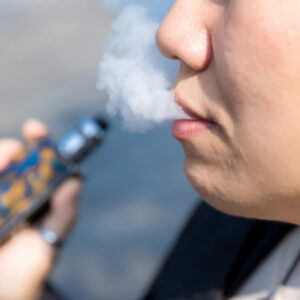 When it comes to government regulation, it’s sometimes hard to get the details right. There’s often a one-way ratchet effect as officials continually push for new and tougher standards—even when the current ones strike the right balance.

We’re seeing that at the Utah Department of Public Health, which recently announced proposed new rules that would reduce the amount of nicotine that sellers and manufacturers can include in their “closed-system” electronic cigarettes. In the e-cigarette world, open systems allow vape users to choose their own nicotine-infused liquids, while cartridge-type closed systems, such as Juul, come filled by the manufacturers.

Two years ago, the agency adopted a compromise that capped the amount of nicotine in closed vaping products at 5 percent. That 2019 rule attempted to protect consumers from the over-consumption of nicotine. But the 5 percent cap still enabled vape users to consume a sufficient amount of nicotine to satisfy their cravings.

The proposed regulation would reduce the nicotine cap to 3 percent. Currently, more than 80 percent of the closed-system market in Utah involves products with nicotine levels that exceed that amount. The new lower cap goes too far. Such strict regulation may encourage vape users to compensate for reduced nicotine levels by partaking in riskier behaviors.

They might vape more than they do now. They might switch to open systems that allow the use of higher-nicotine liquids. If regulators put low nicotine caps on those systems, too, vapers may mix their own recipes, raising a host of troubling health concerns. Some might even return to cigarette smoking.

Regulators, at the behest of anti-smoking activists, are missing the forest for the trees—or at least overlooking the 7,000 carcinogenic chemicals that make traditional cigarette smoking so detrimental while focusing on one highly addictive but not particularly dangerous substance.

“While it’s the addiction to nicotine that keeps people smoking, it’s primarily the combustion, which releases thousands of harmful constituents into the body at dangerous levels that kills people,” explained former Food and Drug Administration Commissioner Scott Gottlieb. Nicotine isn’t without side effects, but it’s not noticeably worse than caffeine.

Many public-health advocates take a zero-tolerance approach toward anything tobacco or nicotine-related. They seek to ban—or overly regulate—e-cigarettes as a means to reduce availability. Their goal is abstinence, although they often support the use of Food and Drug Administration (FDA)-approved smoking-cessation products, such as patches and gum, that contain some nicotine.

“A foundational belief that informs this effort is the idea that nicotine should only be delivered in concentrations that relieve the symptoms of withdrawal from smoking, but not enough to create a pleasurable sensation,” argues the Consumer Advocates for Smoke-Free Alternatives Association (CASAA). That approach is counterproductive from a harm-reduction standpoint.

Like CASAA, we at the R Street Institute take a more practical approach—one that focuses on “harm reduction.” Although it’s best for people to abstain from the use of all tobacco-related products, we believe that policymakers should allow people easy access to safer alternatives, which pose a much lower risk of harm than readily available smokes.

In their zeal to quash the use of vape and other lower-risk nicotine products, health advocates are endangering public health. “The ability to achieve a similar nicotine delivery profile to that of combustible cigarettes is likely one reason that e-cigarettes are more effective cessation devices than pharmaceutical nicotine replacement therapies,” R Street’s Harm Reduction Policy Fellow Chelsea Boyd noted in testimony to the Utah Department of Public Health.

Supporters of nicotine caps and other restrictions on vaping argue that it will “protect minors,” as one tobacco-control group explained in the Vaping Post. But it’s nonsensical to limit adult-only products as a way to protect underage users. The best way to protect youth is to enforce current age prohibitions for all tobacco-related products.

One needn’t be a health expert to realize that if nicotine-addicted people can’t get enough nicotine to fulfill their needs, they will try alternatives. Utah already adopted a defensible approach to nicotine regulation. Maybe now, the best approach is to leave well enough alone.

Steven Greenhut is Western Region director for the R Street Institute. He wrote this for InsideSources.