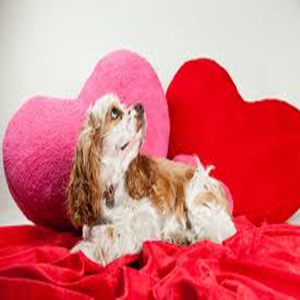 Valentine’s Dog Days of Love, but Not for Trump

How different President Trump’s State of the Union speech would’ve been had he included something like this: “At the White House, we are overjoyed at the arrival of a new friend and counselor, Lancelot, a stray from a Washington animal shelter.”

He could, of course, have gone on about what a joy the dog would be to his 13-year-old son Barron; how the boy could learn about perfect love, forgiving adoration, uncritical companionship and eternal job approval — things otherwise missing from the political upbringing and life in Washington.

But Trump didn’t. He didn’t care about all the wonders that enter a human life when four feet come through the door, intent on forever residence.

Barron won’t know those wonders. And the president won’t get the one-issue dog voters.

Trump has said that he’s too busy to have a dog. Well, having watched presidential dogs from Richard Nixon’s King Timahoe, an Irish Setter, to the hypoallergenic Portuguese Water Dogs favored by the Obamas, I can attest there’s help aplenty at the White House for a dog.

They needn’t inhibit an arduous golf schedule. They’re always the darlings of the media, the Secret Service and pro-pet Cabinet members and dignitaries. Queen Elizabeth used to get though meetings with people she had nothing in common with otherwise with a few words about her Welsh Corgis.

Trump’s doglessness is, in my view, a cold heart problem. How he could’ve warmed his self-aggrandizing State of the Union speech with a line or two about a dog. Dogs are so humbling: It’s hard to be pompous when cleaning up after a puppy accident.

Clearly Trump’s love of Trump is so complete there’s no room for a bundle of furry joy in his heart, filled as it is with self-regard.

In our house, Valentine’s Day is Dog Day. My wife Linda Gasparello says Feb. 14 is the birthday of all dogs with no known day of birth. Love, you see.

It all began because one Valentine’s Day, I gave her a shelter dog of uncertain age and parentage. She had some German Shepherd in her, definitely some Airedale terrier, and a pinch of this and dash of that.

What she had was a deep commitment to taking over running the house and stable — and disciplining our Siberian Husky. Her love and loyalty were total: Even when she was old and arthritis had slowed her, as it does so many dogs, she would drag herself up the staircase to sleep in our bedroom.

We named her Valentine, although the shelter workers in Leesburg, Va., told me the family who turned her in named her Gal. She was no gal. She was a dame, made to preside.

Of the many dogs we’ve had, I believe Valentine was the cleverest. She thought and she worried. The cure for her anxieties was routine and order; things in their places and activities at given times, like going on a hack or hosting a dinner party.

To go through life without a dog, a Valentine of your own, is to miss one of the great dimensions of love: that between dog and owner, although it’s debatable who owns whom. Valentine owned us.

So, The Donald has no dog and the White House is, in that sense, incompletely furnished. No great bounding down the driveway to meet visitors coming through the Northwest Gate (where reporters enter too), no conversation starter with heads of state, and no care for the Dogs Come First voters.

Of course, there are those, like House Speaker Nancy Pelosi, who hope that come November, Trump will need a dog: a comfort dog.