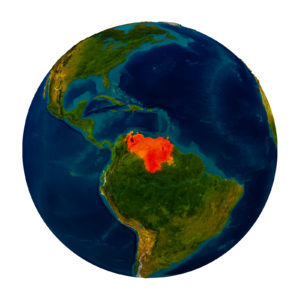 Venezuela and the Failure of Socialism

It was just a few years ago that Venezuela enjoyed near-universal acclaim from the western left. The usual Hollywood set, from Sean Penn to Michael Moore, heaped on the praise, and a number of people who should have known a lot better, like Nobel Prize winning economist Joseph Stiglitz and Bernie Sanders, followed right along. Sanders went so far as to claim in 2011, “These days, the American dream is more apt to be realized in … places such as Ecuador, Venezuela and Argentina, where incomes are actually more equal today.”

Well, Sanders is finally right about something: Incomes are equal in Venezuela. Equally non-existent.

Things have gotten so bad that Hugo Chavez’s successor, President Nicolas Maduro, has unveiled a new strategy to combat hunger in the oil-rich nation. “Plan Conejo,” literally “Plan Rabbit,” has the government encouraging citizens to raise rabbits for food to replace the chicken and red meat that are simply no longer available in sufficient quantities to feed hungry Venezuelans. Plans to address shortages in medicine, toilet paper, and all of the other necessities of life have yet to be announced.

Life in Venezuela has become so obviously horrid that only ideologues like Michael Moore and Bernie Sanders cannot see it for what it is: the natural culmination of socialism. But things are about to go from very, very bad to much, much worse in Venezuela.

Last month the Trump administration leveled sanctions against the impoverished nation, thereby restricting its ability to borrow money from U.S. creditors. Venezuela’s debt is growing, and it is increasingly unable to make interest payments. Printing money is no longer an option — it has already done that — putting the country on track for more than 1,000 percent inflation for this year. The United States has not banned Venezuelan oil, but that threat looms as well. Because oil is fungible, sanctions won’t have much of an impact on Venezuela’s oil sales. But it will make it less likely that Venezuela will be paid for its oil in U.S. dollars.

The problem is that Venezuela’s debt is denominated in U.S. dollars. So Venezuela is doing what it can to renegotiate its international debt, and is beginning to offer oil for sale in other currencies. But the simple fact is that Venezuela cannot get enough oil out of the ground fast enough to solve its many problems. Why not? When Venezuela nationalized the oil industry, it removed the profit incentive to maintain the industrial infrastructure. As the infrastructure declined, oil production dropped steadily.

This is the classic trap into which every socialist economy falls. It is enticing simply to seize and redistribute wealth. But doing so removes the incentive to maintain existing wealth and to create more. Every newly socialist society appears to work well at first — until the physical capital inevitably deteriorates. Then comes economic decline and poverty. In the end, all that remains is a nation in a political death spiral. And as is always the case in such times, the Venezuelan people will pay the ultimate price for the misdeeds of their government.

The people are paying now by having to go without the necessities of life, like food. And they will not be able to raise enough rabbits to stave off the starvation that is already upon them. Even President Maduro, the architect of “Plan Rabbit,” knows this. The Venezuelan people will continue to pay with the political and economic turmoil that comes with regime change and currency collapse, both of which await them.

But when these things pass, and they will, perhaps Venezuela can finally overcome its decades-long dalliance with strongman socialism by engaging in free market reforms. There is a clear track record across nations and decades: Where governments have protected people’s economic freedom, society has flourished, poverty has abated, and people have lived together peaceably. Only a committed ideologue could fail to see it.