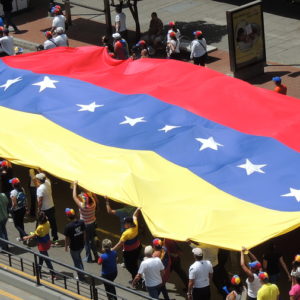 If left unchecked, governments can seize anything and everything without regard to property rights. This truth was one of the great lessons of the 20th century when communist nations dotting the globe expropriated billions of dollars and condemned workers to a lifetime of poverty.

But, these lessons also apply to the 21st century as Venezuela desperately tries to get away with state seizures it orchestrated more than 10 years ago. For the sake of property rights everywhere, Venezuela must be held accountable for expropriating billions of dollars from businesses and households.

In 2019, Venezuela is a socialist nightmare state run by a brutal, delusional government. A decade ago, the nation’s leadership was no less harsh but temporary prosperity masked terrible government policies. Hugo Chavez’s regime came to power in 1999 and rode a surge of oil demand through the 2000s that filled government coffers and created illusory economic success. Chavez’s plan ensured that regime officials would profit off these temporary gains as much as possible via nationalization and bribe payments from companies fearing expropriation.

When oil proved insufficient near the end of the last decade, the regime set its sights on another lucrative sector: gold mining. In 2008, Fox News reported the impending takeover of “the nation’s largest gold mine, operated by Canada’s Crystallex International Corp., as President Hugo Chavez gradually brings mining operations under state control.”

Several years earlier, Crystallex had been given the right to operate out of the Las Cristinas mine.  Unfortunately, after Crystallex had invested hundreds of millions of dollars in equipment, community development and mining operations, Chavez’s government promptly ripped the contract to shreds and sold off the rights to another company.

Yet, Crystallex wasn’t ready to simply write off its losses and kowtow to the predatory Chavez regime. In 2016, after several years of litigation, the World Bank’s international arbitration facility in Washington ruled in favor of Crystallex and against Venezuela for $1.4 billion, which accounts for the value of the investment, plus interest, lost by the company. Venezuela was now obligated to repay Crystallex for cancelling its contract, yet this was easier said than done.

Three years and counting from that arbitration ruling, Crystallex has yet to reclaim its due from Venezuela. There is, however, a Venezuelan government-owned business operating in the United States worth nearly $10 billion: CITGO Petroleum Corporation.  Working through the U.S. courts, Crystallex obtained a lien against the shares of PDVH, CITGO’s holding company. Venezuela and its state-owned oil company, PDVSA, objected to this decision and challenged Crystallex, but the U.S. 3rd Circuit Court of Appeals recently rejected the appeal.

The U.S. court system is upholding the principle that property rights and the rule of law must be protected when governments steal private property from good-faith actors such as Crystallex.

The prospect of CITGO’s seizure has led to frenzied claims from some unlikely opponents including the acting president of Venezuela, Juan Guaido. The country’s promising new leader has voiced concerns that Crystallex’s lien could impair CITGO, leading in turn to the further impoverishment of Venezuela. However, CITGO is the eighth largest oil refiner in the United States, and Crystallex’s lien is only a fraction of its total value.

If Guaido had his way, the executive branch of the U.S. government would intervene in the U.S. justice system and prevent the restoration of Crystallex’s seized assets.  Fortunately, Guaido has not gotten his wish, but any such executive action would undermine property rights and create added uncertainty for companies everywhere. To rejoin the world economic order, Venezuela must stand for justice and restitution instead of defending the crimes of the previous regime.