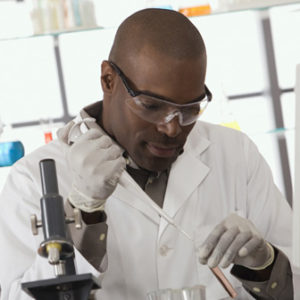 America’s energy companies are producing record levels of oil and natural gas. The United States pumps nearly 12 million barrels of oil a day — the highest level in almost 50 years and considerably more than any other country. Crude oil production has doubled in the past decade.

This production surge didn’t happen by chance. America has always had plentiful energy reserves, but they weren’t easily accessible until companies perfected “fracking,” the drilling technology used to extract oil and gas from shale rock formations buried deep inside the earth.

Fracking has created millions of jobs — and those positions are disproportionately filled by veterans. Veterans make up 7 percent of the total U.S. workforce, but they account for 11 percent of energy industry employees. The industry supports 10 million jobs in total. And according to the Chamber of Commerce, fracking will create an additional 3.5 million jobs by 2035.

These veterans receive excellent wages and benefits. The average salary in the oil and gas industry is more than $100,000 a year.

A strong American energy sector does more than just put veterans to work — it keeps troops from having to fight never-ending wars in the Middle East to stabilize global energy markets. For decades, oil has been a major cause of military conflict. Since 1973, up to 50 percent of all global wars have been linked to disputes over oil. If we continue to tap into domestic energy resources, the likelihood that we will have to send troops abroad in the future decreases.

Unfortunately, green activists are dead set on halting America’s energy renaissance — even while lamenting that U.S. wars are often brought about by oil shortages.

Last month, activists successfully lobbied Minnesota Gov. Tim Walz to halt the construction of a new oil pipeline. This much-needed project would have created 8,600 American jobs and generated more than $330 million in wages for workers. The activists have no concrete backup plan, just talk. They weren’t going to get any of those jobs anyway, so they appear not to care that other workers are denied the opportunity.

Last year, activist group Colorado Rising gathered signatures for a ballot measure that would have banned oil and gas drilling throughout much of the state. Fortunately, Colorado voters defeated the measure, which would have eliminated close to 150,000 jobs.

The next time these activists want to raise energy prices and block jobs, tell them “You first.” Let them stop driving cars, flying in planes, and using computers and cell phones. Once they do that for a few years, maybe we will listen. Until then, let’s keep energy prices low and our veterans gainfully employed.

Michael James Barton is a co-founder of a cyber security company and speaks around the country on cyber security and energy security matters. He previously served on Capitol Hill, in the White House, and at the Pentagon and is the founder of Hyatt Solutions.