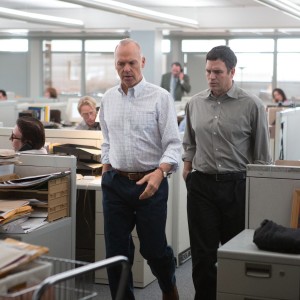 The new movie Spotlight is generating Oscar buzz for its depiction of the Boston Globe’s Pulitzer Prize-winning investigation into sexual abuse in the Catholic Church. In the nation’s capital, the film is also encouraging advocates for abuse victims who want religious institutions — and the D.C. government — to do more for their cause.

“It’s very motivating to myself and other leaders,” said Becky Ianni, the D.C. and Virginia director for the Survivors Network of those Abused by Priests (SNAP). Ianni told InsideSources she’s seen an increase in phone calls from victims since Spotlight has been promoted and released in the past few months.

“Some people have actually mentioned the film,” she said.

Ianni came forward in 2006 with her own story of molestation by a pastor in Alexandria, Va. Since then, she and SNAP have been pushing for church dioceses to publish the names of all their current and former priests accused of abuse credibly. “That should be right on their website,” Ianni said.

The Catholic Archdiocese of Washington declined to address Ianni’s request following an inquiry from InsideSources. The archdiocese also offered no comment on another of SNAP’s priorities, D.C. Council legislation eliminating the statute of limitations for child sexual abuse cases. In a statement, the archdiocese did stress that the church prays for all those affected by abuse and “takes seriously its responsibility to the children entrusted to its care.”

This wasn’t the first response to the film from local Catholic leaders. The Archbishop of Washington, Cardinal Donald Wuerl, addressed Spotlight directly in a Nov. 2 e-letter. He noted that Pope Francis met with abuse victims during his recent visit to the United States and told bishops they must expose abuse and hold perpetrators to account.

“The Archdiocese of Washington and the U.S. Conference of Catholic Bishops are equally resolute and they have worked hard to institute safeguards, deal openly and decisively in rooting out perpetrators, and help victims to heal,” Wuerl wrote. “In fact, no institution in the United States has done more in recent years than the Catholic Church to take pro-active steps to protect children from the evil of sexual abuse and make victims whole.”

The church has taken steps, and that point was acknowledged at a special Nov. 13 Spotlight screening at Washington’s E Street Cinema. Still, during a Q&A following the film, the journalist who assigned and oversaw the Globe’s investigation — current Washington Post editor Marty Baron — said “there’s great variability from one diocese to the next as to how seriously the church has acted.”

Baron raised the issue of publicizing accused priests and, with Ianni in the audience, praised the work her organization does. In addition to raising awareness about abuse, he said he hoped the film would remind people of “the critical nature of investigative journalism and the importance of local journalism” to challenge powerful institutions.

“We owe the institutions respect, but we don’t owe them deference when we become aware of wrongdoing,” he said. “We need to bring it to light, and we need to make people aware of it.”

Watch the trailer for Spotlight: