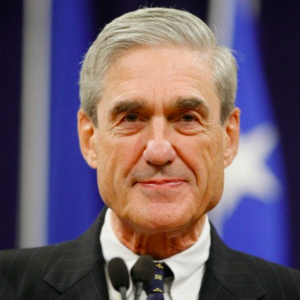 Legal experts call the conclusion of the Robert Mueller a “vindication” of President Donald Trump of the charge of colluding with Russia, and the president has made it clear he agrees.

“The Special counsel did not find that the Trump campaign, or anyone associated with it, conspired or coordinated with the Russian government,” Attorney General William Barr said in a four-page letter to Congress summarizing the Mueller report. “As the report states: ‘[T]he investigation did not establish that members of the Trump Campaign conspired or coordinated with the Russian government in its election interference activities. ‘”

In an interview on Fox News, former Justice Department prosecutor James Trusty noted the strength of the report’s findings regarding collusion.  “They want beyond simply the statement ‘we can’t prove collusion,’ instead they said ‘there is no evidence of collusion,’ according to [Attorney General] Barr. That’s vindication, not just concession,” Trusty said.

And President Trump’s former attorney Ty Cobb reminded Special Counsel was able to conduct a far more extensive investigation than a typical prosecutor which, he argues, makes the decision to exonerate Trump on collusion and issue no further indictments more significant. The special counsel employed 40 federal agents, issued 2,800 subpoenas, 500 search warrants and questioned 500 witnesses as part of its investigation into allegations that the Trump campaign colluded with Russia to defeat Hillary Clinton in the 2016 campaign.

“With all the tools afforded to the special counsel, this investigation was done in such an exceptionally professional and thorough way, nobody can deny,” Cobb said.

As a result, Democrats have moved the goalposts on the original subject of investigation. “The finding of no collusion is the reason why Rep. [House Intelligence Committee chairman Adam] Schiff  has ‘shifted’ –no pun intended — from ‘collusion’ and instead keeps using the phrase ‘foreign compromise.’ It seems to be another one of those vaguely crime-sounding terms,” Shu says.

Democrats are also focusing on the fact that Mueller explicitly declined to come to a final conclusion on the issue of obstruction of justice. However, legal analysts tell InsideSources Trump won on that question, too.

In Barr’s statement, he quotes the Mueller report as saying “while this report does not conclude that the President committed a crime, it also does not exonerate him” on the question of obstruction of justice. Barr, in conjunction with Deputy Attorney General Rod Rosenstein, says there is “not sufficient” evidence to charge President Trump with obstruction.  “In making this determination, we noted that the special counsel recognized that ‘the evidence does not establish that the President was involved in an underlying crime related to Russian election interference,’ and that, while not determinative, the absence of such evidence bears upon the President’s intent with respect to obstruction,” Barr wrote.

Former Department of Justice attorney Hans von Spakovsky calls this a “total victory” for President Trump. “Not only was there no collusion, there was also no obstruction of justice according to Barr. This is pretty obvious since, if there was no underlying crime (collusion), there can’t be any obstruction,” he told InsideSources.

In fact, prominent attorney and self-described “Hillary Clinton Democrat” Alan Dershowitz argues that Mueller didn’t go far enough in his conclusions, objecting to the special counsel’s statement that, “while this report does not conclude that the President committed a crime, it also does not exonerate him” on the question of obstruction of justice.

“The job of a prosecutor is to decide ‘yes or no,’ to make a decision. He either found evidence of obstruction and should indict [President Trump] or he didn’t find the evidence and should clear him. But not ‘on the one hand, on the other.’ How is this different from Comey?” Dershowitz asked on Fox News, referring to the former FBI director James Comey’s handling of the Hillary Clinton email investigation.

For his part, President Trump has no complaints.  After Barr’s letter was released, the president tweeted: “No Collusion, No Obstruction, Complete and Total EXONERATION. KEEP AMERICA GREAT!”