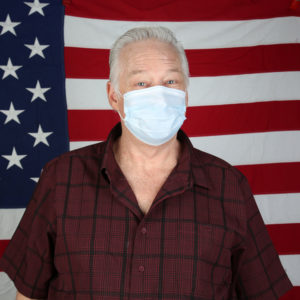 WASHINGTON — In an epic U.S. election year, the coronavirus crisis competes with presidential politics for top billing in the news.

It’s as though the powers-that-be in the national media can’t decide what concerns viewers, listeners and readers more — a disease with the potential to kill millions or a bitter campaign that reveals deep schisms in American society. The contest for the Democratic Party nomination for president in November’s election comes down to one basic question: Who’s capable of ejecting Donald Trump from the White House.

Sure, Bernie Sanders might have fine ideas — free education and free medical care, great — but practically speaking he would not have a chance of accomplishing either goal even if by some fluke he got elected. Joe Biden, who served eight years as vice president under Barack Obama, is more moderate, meaning realistic — in my view — and has a much better chance of unseating Trump.

The drama of presidential politics, though, has to share the spotlight with fears of the coronavirus. Events that I had planned to attend during a month in the nation’s capital are getting canceled, postponed or staged online as webinars — a form of interaction I find really unappealing. Universities are subjecting their students to the same treatment, and athletic teams are postponing or canceling games, promising to set new dates when the disease blows over.

It’s not quite right to compare the coronavirus to the black death suffered by millions, one-third the population of Europe, in the 14th century. The vast majority of those diagnosed with the virus survive, but the fear is the disease will get worse before it gets better, leading to another virulent form before scientists come up with the vaccine needed to keep it from engulfing humanity.

The U.S. presidential campaign is hardly immune from the panic. Both Sanders and Biden had to cancel rallies before the latest round of state primaries that are a prelude to the convention that nominates a presidential candidate to run against Trump. The entire campaign is going to suffer from cancellations and postponement of events that are critical to making choices.

Nor is President Trump above the fray. His presidency, his ability to get re-elected this year, is likely to ride on how he deals with the virus.

Although he did say the disease was not all that dangerous, he has come to realize that now is the time to show his ability to lead the nation through the crisis. He made a start by presenting a bill to Congress that calls for nearly $10 billion worth of aid to stop the illness just as SARS (Severe Acute Respiratory Syndrome) and MERS (Middle East Respiratory Syndrome) were killed off before they too had a chance to threaten the whole human race.

The rush to expunge coronavirus is so all-important that it’s easy to forget other stuff that might seem at least as compelling. Korea is a great example. In all the talk about it, no one talks about Korea other than to note how many have suffered from the disease in South Korea and how many are likely to have it in North Korea.

As for the historic standoff between the two Koreas, that goes unmentioned except when Kim Jong-un orders another round of missile tests.

No doubt the need to get noticed is one major reason Kim loves to press the button on those tests. Interestingly, when he does so, he’s seen not wearing a mask, standing before soldiers all wearing black masks. Going mask-less is all part of the act, a show to demonstrate he’s not afraid, that he’s strong enough to resist anything while mere mortals have to wear masks to survive.

Actually, hardly anyone wears face masks in the United States. So far the only people I’ve seen wearing them here are Korean Air employees at Washington Dulles International Airport.

It’s not hard to find masks on sale at pharmacies, but they have yet to catch on as in South and North Korea, in Japan, Hong Kong and China, where President Xi Jinping was photographed wearing one during a visit to Wuhan.

Americans, though, are no less concerned, as seen in wild fluctuations of the fickle stock market. Trump loves to take credit for the market’s rise during his presidency, but coronavirus may plague his bid for re-election.

The spread of the disease dominates the news here to the exclusion of the fantasies and promises of both Trump and his foes.