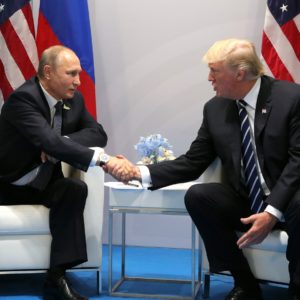 Voters Must Have Facts, Not Falsehoods and Leaks on Foreign Interference in Our Elections

Every eligible voter wants to know that his or her vote will be counted as cast in a fair election free from outside interference.

It’s how we have a say in the future direction of our community, state and nation and is the foundation of our republic. As a self-governed people, we are the only source of power in our Constitution.

After 2016, all Americans are more aware of the many ways outside forces try to influence our elections and are demanding more clarity from mainstream media and our elected officials. The media must be the source of the truth and should not be lulled into accepting — and perpetuating — false narratives.

On two separate Sunday morning talk shows, senior administration officials attempted to change the evidence established by the intelligence agencies, the bipartisan Senate Intelligence Committee and the Mueller investigation that the Russian government interfered in our elections in 2016 to both sow chaos and to favor President Trump.

Marc Short, chief of staff to Vice President Mike Pence, and Robert O’Brien, President Trump’s national security adviser, both suggested that Russia wouldn’t want to help Trump get re-elected because Trump had been so tough on Russia.

They each suggested the administration had worked to shore up our election security, and that Russia’s support for Senator Bernie Sanders made sense since Trump had been so tough on Russia.

For any objective person following the investigations and reports of the intelligence community over the last three years those statements are dangerous and misleading.

But these established mainstream media figures were lulled into the false narrative and — more dangerously — openly gave it credence and repeated it. Some reporters openly speculated on why Russia might choose Sanders over Trump as opposed to firmly establishing that all evidence pointed to a contrary conclusion.

For three years we’ve called on the administration for a whole government response to the well-documented attacks by Russia in 2016 but that is not that path Trump chose.

According to the New York Times, former Department of Homeland Security chief Kirstjen Nielsen tried to focus the White House on preparing for new and different Russian forms of interference in the 2020 election. But Trump’s chief of staff told her not to bring it up in front of the president.

Just recently, Trump fired his Director of National Intelligence Joseph Maguire for telling the truth about Russian activity to key members of Congress. Trump was routinely hostile to Attorney General Jeff Sessions for not thwarting the internal investigation into Russian interference and possible connections to the Trump administration.

If President Trump is serious about stopping Russian interference, he would stop calling the allegations a hoax and stop persecuting or firing government officials trying to do their jobs to protect our democracy from foreign attacks.

He can’t have it both ways — attempting to quash strategic action taken to counter Russian interference and — claiming to be hard on Russia working against their election meddling now.

Trump could ask that the intelligence community de-classify, to the extent possible, any information about attempts to influence or hack our elections by any foreign actor so that we don’t learn about these issues from leaks.

Voters deserve this information in real time and should not have to wait for a month after candidates have been briefed or depend on leaks.

And the president could act presidential and order a whole-government response to these attacks, inclusive of the intelligence communities, National Security Agency, Department of Homeland Security, the Election Administration Commission, the secretary of state and local election officials.

That is what President Obama has acknowledged he should have done — and what Trump can do right now — if he truly wants to stop Russia’s interference, which we know is happening, right now.

For its part the national media must recognize that the public needs facts, not spin, not false equivalencies, and not Beltway conjecture that ignores the very fragile state of our democracy and the need voters have for truth, even those who refuse the believe it right now.

It matters to most of us right now and will matter to everyone eventually if we are to repair our republic and strengthen democracy as our common cause.