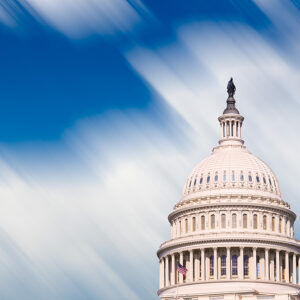 As the COVID-19 pandemic recedes, Americans recognize how effectively Congress functioned under emergency conditions when Members worked across party lines and alongside private industry – rather than against the private sector – to tackle the worst public health threat in a century.

Unfortunately, many in Congress appear eager to disregard that lesson. As we emerge from the crisis, too many in Washington are already reverting to familiar partisanship and antagonizing the same private sector that brought lifesaving vaccines to market in record time.

Despite voters’ overwhelming preference for a “light touch” approach to healthcare, a thin majority in the House still stand stubbornly behind Nancy Pelosi’s H.R. 3, choosing extremism over compromise.  The same bill failed in Congress two years ago, but Democrats reintroduced H.R. 3 as their signature drug pricing proposal for the 117th Congress, supporting the bill despite bipartisan efforts from Republicans to find common ground and propose compromise legislation like H.R. 19.

Unsurprisingly, more than six in 10 voters prefer the bipartisan approach of H.R. 19 over Pelosi’s hyper-partisan H.R. 3 as the best way to address prescription drug costs. Voters also understandably oppose using Medicare offsets or burdensome new taxes on prescription drugs to pay for the Biden Administration’s major spending proposals, such as his $6 trillion budget or massive “infrastructure” spending scheme. Voters simply don’t want Washington singling out prescription drug companies to pay for wasteful new spending. After all, that’s the same U.S. private pharmaceutical industry that mobilized faster than any nation in the world or any other time in history to bring effective COVID-19 vaccines to market.

With trillions in new spending proposals despite rising inflation and what has been a rapidly improving economy thanks to COVID-19 vaccines, some lawmakers nevertheless seek to punish private sector innovators by imposing price controls and penalties in order to pay for over-the-top, unrelated legislation.

Making matters worse, and cutting yet again against Americans’ preference for bipartisanship, the Senate’s even 50-50 split prompts Democratic leadership to use reconciliation to pass such legislation to overcome any filibuster.  In turn, that means they must offset the costs of new spending by targeting the same private sector vaccine-makers that are responsible for getting us to the brink of ending COVID-19.

This deceptive and bare-knuckle partisan maneuver contradicts the clear wishes of voters, who oppose the big-government, anti-private sector H.R. 3 legislation, especially since it would cause delays in access to new prescription drugs, reduce access to new cancer medicines for seniors, lead to the elimination of biopharmaceutical industry jobs and result in fewer new medicines developed in the future.

To top it all off, deepening its broader anti-private sector agenda, the White House recently caved to far-left progressive calls to abandon the world’s most important intellectual property (IP) protections — those that led to successful COVID-19 vaccines in record time — by agreeing to support the World Trade Organization (WTO) Trade-Related Aspects of Intellectual Property Rights (TRIPS) waiver. In other words, the current administration would rather surrender hard-won American IP to global competitors like China, an action that would be irreversible.

Unsurprisingly, this move is also out of touch with the 70 percent of voters who believe waiving COVID-19 vaccine IP could have significant negative implications.

The voters are right. Not only would an IP waiver reduce America’s competitive advantage over economic foes, but it would risk substandard and counterfeit vaccines polluting the global supply, with the American companies that saved the world from the pandemic left potentially unable to recoup investment costs and forced to cease or reduce production altogether.

With behavior like that, it’s no wonder why congressional approval sits at 31 percent.

Too many lawmakers remain focused on imposing exactly the healthcare policies that voters oppose, policies that could have devastating consequences.  Perhaps if our leaders spend more time listening to their constituents’ calls for greater bipartisanship, they will be able to correct course before irreversible harm has been done.