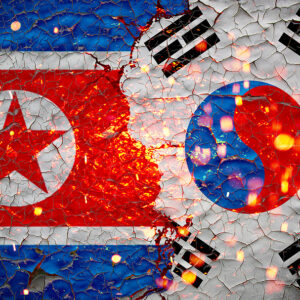 The phrase “war by proxy” is in vogue. It’s not a new term, but you see and hear it all the time now. That’s what the United States and its NATO allies are doing in Ukraine, getting Ukrainian forces to fight the Russians on their behalf.

Support for this “proxy war” is overwhelming. Liberals who oppose just about any American adventure overseas are cheering on Ukraine against Russia, and President Joe Biden is lavishing billions on what looks like the opening rounds of a long-running conflict.

Americans don’t like the idea of U.S. troops getting involved. Nobody wants the U.S. enforcing a no-fly zone and fighting Russian warplanes over Ukraine. The risks are too high. The U.S. might then plunge into a full-scale war against Russia. Other NATO nations don’t want to fight Russia either. They too believe in “war by proxy.”

The proxies, the Ukrainians, are defending not only their own turf but, like it or not, the rest of Europe. At heart, Russia’s Vladimir Putin dreams of recovering the old Soviet empire. After Ukraine, he might want to go on to Latvia, Estonia and Lithuania. Unlike Ukraine, they are members of NATO. In theory their NATO allies would rush to their defense. We can be pretty sure, however, not all the other NATO countries would want to fight for them.

Better to wage a war by proxy than a real war anywhere, but arming other people to avoid sacrificing your own forces evokes uncomplimentary images. It’s as though you were putting someone else into the ring to batter the foe while you cheered from ringside.

You can expand on the theme of war by proxy forever. The Korean War would be a prime example. The Americans fought some of that war’s toughest battles but counted on the South Koreans, who lost more than 100,000 soldiers. China entered the war only after the North Koreans were sent into disastrous retreat.

By common consent, the Korean War was carefully confined to the Korean Peninsula. Northern and southern Koreans were proxies for much larger powers. In the Cold War, the Soviet Union and the United States were shielded from attack or invasion, and the U.S. stopped short of bombing China.

Koreans would also be proxies in the next Korean War. North Korea’s Kim Jong-un may boast of nuclear strength and the power of his armed forces, but if Korean War II breaks out, they’ll be fighting on behalf of the North’s old Korean War allies, China and Russia.

In South Korea, not too many American soldiers are left. U.S. troop strength is down to 28,500 at Camp Humphreys, America’s largest overseas base, 40 miles south of Seoul. South Korean forces, building up their weaponry, should be superior to the North Koreans in armed strength even though the North has twice as many troops. The South Koreans, not the Americans, would be doing most of the fighting, maintaining the South as a bulwark against America’s enemies.

It’s not fashionable now to talk about “the war against communism,” but on the Korean Peninsula the communists are capable of stirring up trouble. China’s President Xi Jinping leads the world’s strongest communist country. Communism also reigns supreme in North Korea, unless you regard the North as a hereditary dictatorship in which the ruling Kim dynasty functions more like an ancient monarchy than a “progressive” socialist regime.

It was in the generation after World War II that Americans were most alarmed by communism. That’s why the Americans fought for Korea, and it was also why they plunged into Vietnam, defending “South” against “North” Vietnam for 10 years in a conflict in which Vietnamese, northern and southern, suffered by far the most casualties. In both of those wars, the common denominator was the United States versus communist China.

The Korean War proved as difficult for the United States as the world wars that had already swept Europe and much of Asia. The Americans assumed the rest of the “free world” would stand united against communism spreading down the Korean Peninsula. Most other countries, however, were reluctant to jump into what they saw as America’s war, despite the image of 16 nations banded together under the U.N. Command.

If the outcome of proxy wars is uncertain, they do largely spare the powers behind the proxies. It’s the people on the ground, military and civilian, who are made to suffer while their sponsors live in relative peace.