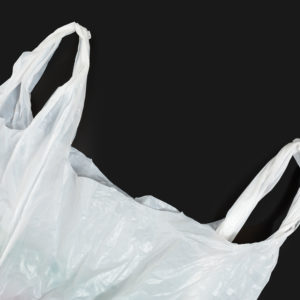 Despite the rapid spread of COVID-19, New York City is still waging its war on water bottles and plastic bags. Early last month NYC’s mayor, Bill de Blasio, signed an executive order banning the sale of water bottles at city facilities. On top of that, NYC moved to ban plastic bags at the end of February.

Both reusable bottles and reusable tote bags present a huge risk in terms of COVID-19 because eliminating them exponentially increases the number of source points for virus exposure. An exposed filling station at a community facility could rapidly spread the virus to hundreds, while it is already known that reusable bags carry significant risks for cross-contamination.

These bans are also misguided when we evaluate them in terms of environmental effect. First off, water bottles are 100 percent recyclable. All the city has to do to ensure that these bottles are disposed of properly is not wave the white flag and give up. It doesn’t make any sense to try to curb the sale of products that can be fully recycled, especially when the city has a recycling program in place.

In regards to plastic bags, conventional thinking suggests that banning plastic bags will result in people using reusable bags and that this reduction in plastic use will have a positive effect on the environment. Research from Denmark’s Ministry of the Environment actually challenged that conventional wisdom when it sought to compare the total effect of plastic bags to their reusable counterparts.

We know from consumer usage patterns that the likelihood of paper or cotton alternatives being used in such a way is incredibly unlikely. These results were also confirmed with the United Kingdom’s own life-cycle assessment, which concluded that these alternatives have a significantly higher total effect on the environment.

Plastic bans might sound productive to stem plastic pollution, but the evidence doesn’t suggest that the United States is a significant contributor for mismanaged plastic, which means that a New York City ban will do little to actually reduce plastic pollution.

Good public policy should be measured on its outcomes. Banning water bottles and plastic bags makes COVID-19 exposure worse in the middle of a global pandemic, promotes alternatives that have serious negative environmental externalities, and does little to solve the issue of mismanaged plastic.

For the sake of everyone involved, Mayor de Blasio should end his war on plastics.