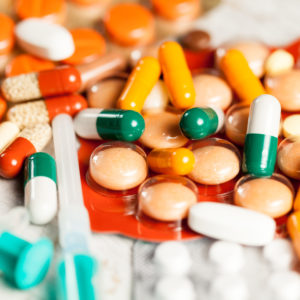 Washington Should Slam the Door on Imported Counterfeit Drugs

Posted to Politics July 24, 2017 by Thurbert Baker and Bill McCollum

As former state attorneys general, we are keenly aware of how stretched local law enforcement budgets are and how law enforcement officials already struggle to contain the flood of illegal drugs flowing into the United States from other countries. That job could get a lot harder if we have to start tracking prescription drugs, too.

Bills before Congress would end a longstanding ban on the import of prescription medicines not previously cleared by the Food and Drug Administration. The proposals were floated to curb rising drug prices, but the potential drawbacks are daunting.

Americans have access to safe and effective prescription drugs due in large measure to the strict safeguards the FDA has established to approve new treatments and monitor the manufacturing and distribution of existing medicines. Meanwhile, patients in many other countries are exposed to substandard medicines produced and sold with less-rigorous oversight by the local government. Those conditions have spawned an already massive — and still growing — market for counterfeit drugs all over the world.

Those dangerous knockoffs are starting to infiltrate the U.S. market. The FDA website lists a number of counterfeit drugs seized in the United States that were sold as popular biopharmaceutical products. These imitations include fake Botox, fake Cialis and a number of fake cancer drugs that either lacked the active ingredients required to be effective or had different compounds entirely.

Counterfeit drugs are often sold by unlicensed suppliers who are not authorized to sell or distribute prescription drugs in the United States. The FDA has long warned that these products are unsafe and should not be used because the agency cannot confirm that the makers and distributors of these drugs adhered to U.S. standards when they manufactured or distributed them.

Other countries have been inundated with these fake drugs for years. For example, the World Health Organization estimates as many as 20 percent of the drugs sold in India are counterfeit. The WHO started warning doctors and other health care professionals years ago about the dangers of these counterfeit drugs, and the organization issues frequent reports to spotlight massive seizures of fake pills and other medicines that were intended for sale to patients all over the world.

“Health experts believe such operations have only scratched the surface of a flourishing industry in counterfeit medicines that poses a growing threat to public health around the world,” the WHO declared in an official bulletin back in 2009. In 2014, Interpol warned, “Pharmaceutical crime poses a grave danger to public health.”

Organized-crime syndicates have established sophisticated networks to produce and sell these counterfeit drugs in other countries. They have already started working through doctors and medical clinics in the United States, but U.S. import restrictions are a big reason the FDA, U.S. Customs and Border Protection and the Drug Enforcement Administration have been able to contain the problem.

The bills before Congress would remove many of the license and oversight requirements on the drugs imported into the United States by lifting those barriers, inviting an influx of bogus pharmaceutical products from the same crime rings that are selling these drugs in other countries around the world that would love better access to the U.S. market.

Law enforcement would inevitably be tasked with policing the problem, at a time when most prosecutors and law enforcement officials have their hands full with the growing opioid crisis. One of the biggest killers is fentanyl, a potent, synthetic opioid pain medication that is being laced into counterfeit pills.

Just last year, the DEA issued a report sounding alarm bells about these synthetic opioids. There were more than 700 deaths attributed to fentanyl between late 2013 and 2014, and the numbers are climbing rapidly. The DEA report lists a number of specific cases involving counterfeit opioids, including the seizure last year of 500 pills in Lorain County, Ohio, that included a synthetic “that caused at least 17 overdoses and several deaths.”

Opening the door to increased prescription drug importation will just make it easier for smugglers to ship this dangerous opioid into the United States. For years, we have asked police officers and prosecutors to do more with less. There are few signs that austerity will end. Changing laws to encourage importation of drugs would only add to that burden.