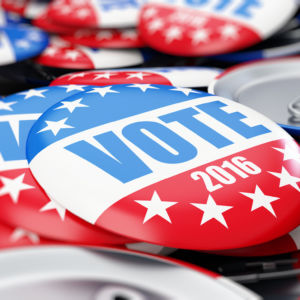 Voters in the state of Washington will vote November 8 on Initiative 732, which would impose a “carbon tax” on greenhouse gas (GHG) emissions, and thus on energy, while reducing the sales tax and almost eliminating the business and occupation tax on manufacturers.

Here is a number that those voters should keep in mind: twenty-five one-hundred-thousandths of a degree. That would be the temperature reduction by 2100 were all GHG emissions from the state of Washington eliminated immediately and permanently.

That number comes from the Environmental Protection Agency’s own climate model, used to evaluate the effects of regulatory proposals. And so regardless of what one believes about the relative warming influences of natural phenomena and manmade emissions, the carbon tax under Initiative 732 is all cost and no benefit.

But, supporters of Initiative 732 argue, the world has to start somewhere, and Washington should join others on GHG emissions policies. OK: What can we say about the entire Obama Climate Action Plan and about hypothetical emissions cuts going far beyond the international pseudo–agreement announced in Paris last year?

Precisely why should Washington state add nothing while imposing economic costs upon itself?

That question is unanswerable, which is why the proponents of the Initiative 732 carbon tax have engaged in a classic bait-and-switch: The initiative will strengthen the state economy by reducing the sales and business and occupation taxes, thus reducing the total economic distortions created by state tax policy.

Not so fast. The carbon tax would reduce investment in energy-using plant and equipment, with broad effects on the state economy. That is a distortion far from obviously smaller than those to be avoided by reducing the broader taxes.

Most economists favor taxes on consumption rather than investment, and Initiative 732 is likely to achieve the reverse. A central insight of modern economics is that a tax shift can increase the total distortions created by tax policy, thus preventing the “double dividend” of environmental improvement and stronger economic growth asserted by the proponents of Initiative 732.

Moreover, taxes analytically are “prices” for public services, and it is far from clear that a tax system less broad-based would be better at reflecting the demands of taxpayers for public spending, as revealed in voting behavior. This means that Initiative 732 is likely to prove inconsistent with efficiency in the size and structure of state government spending.

It is clear that increasing GHG concentrations are creating a small warming effect, but the ubiquitous assertions of a looming crisis are unsupported by the evidence. The sea-level record is ambiguous. The Arctic and Antarctic sea ice extents do not differ from their 1981-2010 averages as a matter of statistical significance. Tornado counts and intensities are falling. Tropical cyclone frequencies and energy are near their lowest levels since satellite measurements began in the early 1970s. Drought in the U.S. shows no trend since 1895. U.S. wildfire counts are not correlated with the temperature record, and U.S. flooding is not correlated with increased GHG concentrations over the last century.

The proponents of carbon taxes and other GHG policies have attempted to obscure this actual record with such terminology as “carbon pollution.” That is political propaganda: A certain minimum atmospheric concentration of carbon dioxide is necessary for life itself. It is not “carbon,” or soot. By far the most important GHG in terms of the radiative properties of the troposphere is water vapor; does anyone call it a pollutant? Of course not; but that cannot be because ocean evaporation is a natural process. So are volcanic eruptions, but the massive amounts of toxins and particulates emitted by volcanoes are pollutants by any definition.

There is no crisis, and Initiative 732 would be irrelevant. The voters of Washington state would do well to reject it.