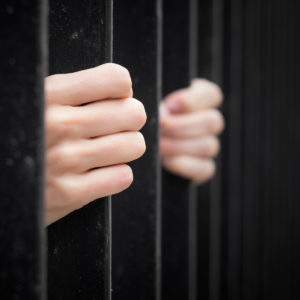 Reflecting the national debate over reforming the nation’s criminal-justice system, a public watchdog group has called on the Trump administration to investigate why the federal government has paid nearly $130 million in contracts to a halfway house operator for former inmates in Washington, D.C. despite persistent complaints about substandard care and security problems.

In a letter to Hugh J. Hurwitz, the acting director of the Federal Bureau of Prisons, the National Legal and Policy Center noted that it had “grave concerns” that the halfway house operator, Hope Village, has managed to keep its lucrative contracts despite sharp complaints that have been mounting about its halfway house in southeast DC for years.

“Hope Village’s years-long contractual arrangement with the federal government is troubling – not to mention puzzling – given the litany of problems widely associated with the halfway home operator,” the letter, dated May 16, said. “Often referred to as `Hopeless Village’ by local community members and returning citizens who have stayed there, the Southeast Washington halfway house has a long history of substandard care and a lack of appropriate security protocol.”

The letter comes during a period of intensified scrutiny for Hope Village, as the halfway house operator attempts to get its contract with the federal government renewed. Hope Village is the only federally contracted provider of community reentry services for former inmates in the city.

Critics of Hope Village say that the federal government should seize the opportunity now to put in place a new system for helping former inmates transition back into the community, particularly as bipartisan momentum builds nationally for criminal-justice-reform approaches. The issue has other important implications beyond Washington, particularly given the amount of taxpayer money Hope Village has received since first landing its federal contract in 2006: a whopping $125 million.

Given all that, the concerns are likely to find a receptive audience among progressives whose top priorities include improving the criminal-justice system and conservatives whose chief goals include curbing government waste.

In its letter to the Federal Bureau of Prisons, the National Legal and Policy Center noted the recent round of unflattering scrutiny Hope Village has received: A recent report from NBC Washington found that one in 10 of all halfway house escapes nationwide can be traced to Hope Village. The report noted that in several cases, residents who escaped Hope Village were later involved with criminal activity, including two instances in which escapees were accused of murder.

The BOP did not respond to a request for comment.

The Government Accountability Office, which has oversight over the contracting process, sidestepped the issues raised by the watchdog group, saying it was declining to comment because the letter was only addressed to the BOP.

The watchdog group, whose investigators have a long record of exposing government waste and corruption, also noted Hope Village’s prior list of problems, including:

“All in all, these problems raise questions about whether Hope Village is serving its clients humanely and effectively, behaving like a good neighbor in the larger Washington, D.C. community, and ensuring that federal tax dollars are not being wasted,” the letter noted.

“Yet despite the torrent of alarming reports, Hope Village has held onto its contract, receiving more than $125 million in federal contracts since 2006,” the letter continued. “In fact, the BOP recently extended Hope Village’s contract through October 31, according to published reports.”