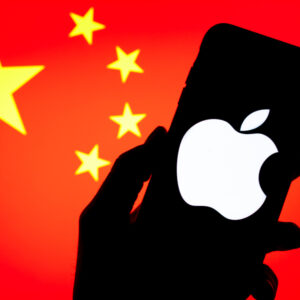 As U.S. policymakers consider legislation to rein in Big Tech, they need to seriously consider how these anti-innovation efforts could both undo America’s global competitive edge in technology and in the process, hand China a permanent advantage that we will be unable to overtake.

China’s grand ambition is to be the world’s leading power. To accomplish that, China knows it must erode the U.S. technological edge, both by acquiring key core technologies and increasing its own capacity for innovation. Even President Xi admitted China’s low level of domestic innovation is the “Achilles’ heel” of its global plans.

Since 2015, China has launched a series of bold strategies to overtake the United States. Its “Made in China 2025” effort seeks to upgrade China’s manufacturing capabilities from low-cost, cheaply made goods to more technology-centric manufacturing with a focus on robotics, clean energy, and other higher-tech efforts that can meet China’s growing domestic demand and displace the U.S. in the international market.

China’s Internet Plus Plan, also launched in 2015, focuses on transforming China’s economy through an all-digital strategy. By integrating mobile internet, cloud computing, and data across all geographies and all industries, this strategy seeks to spark innovation everywhere, encourage faster development of e-commerce, rapidly grow an entrepreneurial class, and make innovation the primary driving force of its society.

China introduced its Artificial Intelligence Development Plan (AIDP) in 2017 to make it an AI superpower by 2030, with the goal of surpassing its rivals to become “the world’s premier artificial intelligence innovation center.” Through government, corporate, and academic partnerships, China has made quick progress in accelerating its AI capabilities and quickly closed the once-large lead enjoyed by the U.S.

While the early success of these “Digital China” strategies should worry policymakers, the tactics China is using should anger them and spur action. China is committed to eroding U.S. tech advancement by any available means – through trade, mergers, acquisitions, or by outright theft from the U.S. and its allies. For example, China steals more than $500 billion in intellectual property (IP) from the U.S. every year. The Cyber Corps, one of China’s most secretive units, has more than 100,000 hackers, language specialists, and analysts focused on conducting multi-year campaigns against critical U.S. firms, including high-tech targets, vaccine makers, pharmaceutical companies, and more.

Additionally, under its “Thousand Talents Program,” China recruits and incentivizes U.S.-based Chinese nationals with access to sensitive technology and information. Those recruits pledge to steal and extract information and hand it over to China. In one case, a Chinese citizen and legal U.S. resident left his job and transmitted to China more than $1 billion worth of U.S. industrial trade secrets.

As it erodes the U.S. technology advantage on the commercial side, China is also using its tech gains for state-sponsored espionage purposes. Using large-scale cyberattacks on U.S. government agencies, health insurance companies, credit companies, airlines, hotel chains, and more, the Chinese government has stolen critical, nonpublic information about hundreds of millions of Americans. Compiled into a massive database, China is using that information to identify vulnerabilities, find leverage points, and recruit spies as well.

China is planful, disciplined, and determined to win this competition for global leadership. The U.S. must be equally determined to win, and we must utilize to our advantage the strength, innovation, and can-do nature of our domestic technology sector.

Rather than trying to punish large technology companies with anti-innovation legislation, U.S. lawmakers should be focused on encouraging even greater investment. This means heavy engagement in R&D, protections against Chinese predatory and illegal actions, and ensuring a legal and regulatory ecosystem favorable to growth. America’s technological sector is critical to America’s security, so we must maintain our competitive edge against adversaries, starting with China.

The U.S. has to win this competition – the free world is counting on us.

Doug Kelly is Chief Executive Officer of the American Edge Project. He wrote this for InsideSources.com.