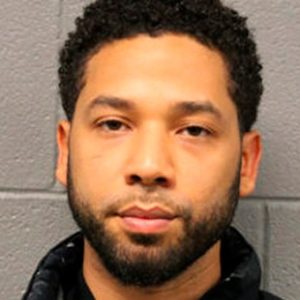 We Know Less Than We Think About Hate Crimes

After Jussie Smollett’s story fell apart, a Minnesota state lawmaker suggested toughening penalties for false police reports, an idea promptly shot down by his chamber’s Democratic majority leader: “We should be encouraging people to report.”

Should we? Does it matter whether the reports are true?

The way some advocates tell it, hate crime reports are sharply on the upswing and hardly ever prove unfounded.

Start with the second point. Quoting a center at a California university, the New York Times reported recently that “of an estimated 21,000 hate crime cases between 2016 and 2018, fewer than 50 reports were found to be false.”

That’s a curiously low figure, one that depends crucially on the artful phrasing “found to be false.”

If someone withdraws a disintegrating allegation and the police simply drop the matter, the incident has not been “found to be false.” The same is true if the bogus report, as often happens, arises on a college campus where police never get involved in the first place.

From the Times’ wording you might think that of the sorts of claimed hate crimes that ignite social media frenzies, only a fraction of 1 percent prove false. You’d be ever so wrong.  While only a minority of alleged hate incidents draw much public notice, examples of bogus hate crime claims that did gain attention have been variously cataloged at more than 400.

In a continuing Twitter thread that has gone viral, Oregon journalist Andy Ngo has strung together dozens of click-and-share outrages later to blow up, such as that of a faculty member at Central Michigan University who punched herself in the face and lied about it “to bring awareness to LGBT issues.”

Other instances result from the social-justice version of pareidolia, the pattern-finding tendency that leads people to find the face of a saint in a piece of toast.  A report of a KKK hood at Ohio’s Bowling Green State University turned out to be a white cloth draped over a piece of lab equipment. A supposed noose at Michigan State turned out to be a lost shoelace.

In 2015 both the New York Times and the Washington Post investigated a seeming wave of church arsons and concluded that there was no indication of hate motivation. Church fires turn out to be surprisingly common.

Other times the crimes are sinister indeed but the motivations were not those that were guessed. The perpetrator of more than 2,000 bomb threats that terrorized Jewish institutions around the U.S. turned out to be a disturbed Israeli teenager.

Some hate crimes, we know, are horrifyingly real, such as the murderous assaults by lone gunmen on the Tree of Life synagogue in Pittsburgh in 2018, a Charleston, S.C., church in 2015, a Sikh temple in Wisconsin in 2012, and Freddie’s Fashion Mart in Harlem in 1995.

Are such crimes on the upswing? An oft-repeated talking point is that FBI statistics last year, to quote Sen. Kamala Harris (D-Calif.), “revealed a 17 percent increase in the number of hate crimes in America.”

Let’s be polite and say those FBI figures are difficult to interpret.

To begin with, they’re based on purely voluntary reporting by law enforcement agencies around the country. Agencies in Mississippi — the whole state — reported exactly one hate crime.  Arkansas reported five and Alabama eight. Relatively liberal states like Massachusetts and Washington reported hundreds apiece, which doesn’t mean they have more hate crimes.

Moreover, the number of local agencies participating in the FBI survey rose by 1,000 in 2017, contributing to the higher count.

In the state of Oregon, the college town of Eugene reported 72 hate crimes to the FBI in 2017, about as many as the rest of the state put together. According to the Daily Emerald, the difference reflects “the city’s active approach.  … The city carefully catalogs reported instances … and even classifies certain crimes — such as vandalism — as a hate crime that other cities would classify in a different way.”

Word is that the Eugene approach is spreading as other cities get interested in steps such as asking officers to write up on their own initiative as a hate incident a graffiti epithet they might see, rather than only if a public complaint happens to come in.

Should those methods spread in coming years, the FBI count of reported hate incidents is sure to mount — yet still not demonstrate with any certainty a genuine rise.

We know less about this topic than we imagine.

Walter Olson is senior fellow at the Cato Institute and author of a book on labor and employment law. He wrote this for InsideSources.com.