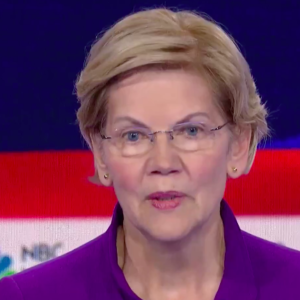 If the first night of the Democratic 2020 debates is any indication, Joe Biden may have the moderate lane of his party’s primary all to himself.

From immigration to gun policy to abortion, Wednesday night’s debate pushed the Democrats’ brand solidly to the left. Not because there were no moderate—or, more accurately, “not-quite-as-liberal”—voices, but because the conversations were driven by the most progressive advocates on stage. 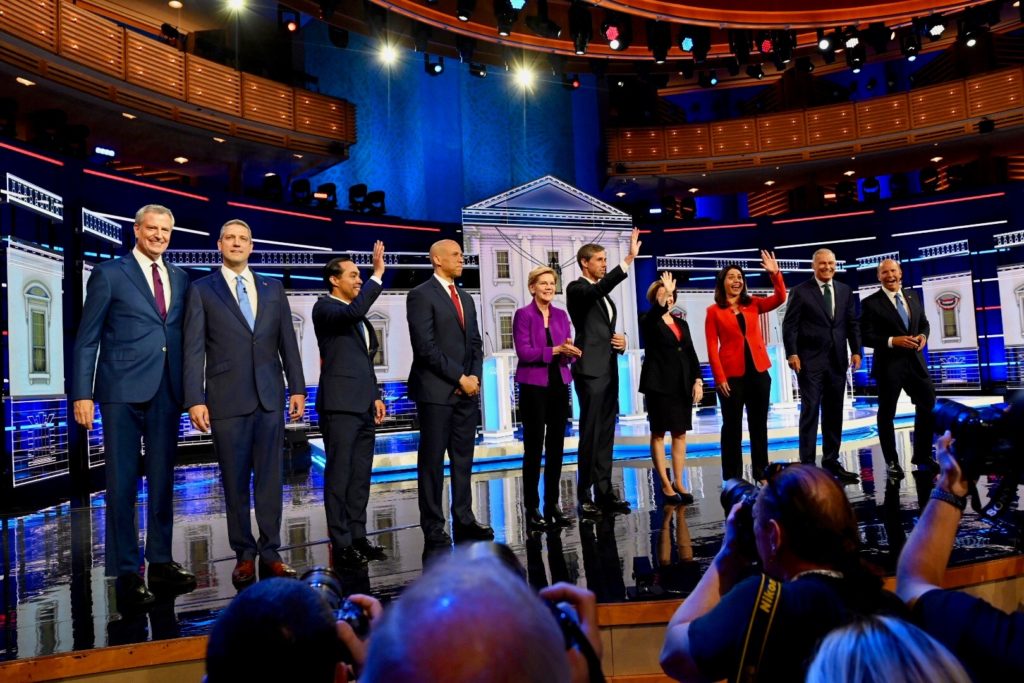 For example, former HUD Secretary Julian Castro—widely considered to be one of Wednesday night’s winners—dominated the debate on immigration and the border. He touted his call to de-criminalize illegal immigration, a policy Sen. Warren embraced earlier in the week. He attacked former Rep. Beto O’Rourke, claiming he was unwilling to change the law for illegal immigrants.

“A lot of folks that are coming are not seeking asylum. A lot of them are undocumented immigrants,” Castro told the Texas congressman. “I think you should do your homework on this issue.”

None of the Democrats mentioned any need to change the asylum policy that’s incentivizing these high-risk treks to the border, and no one held the men and women who risked their children’s lives responsible in any way. Instead, Secretary Castro said America owes it to undocumented migrants to welcome them in the U.S., and to send billions of U.S. tax dollars to Central American countries in a “Marshall Plan” policy. It’s safe to say that, based on polling, this position is to the left of mainstream America.

The most progressive voices also dominated on healthcare. Even though only two of the 10 supported a single-payer health care system and eliminating all private insurance, those two candidates—Sen. Elizabeth Warren and NYC Mayor Bill de Blasio—largely controlled the conversation.

“Congressman O’Rourke, private insurance is not working for tens of millions of Americans,” de Blasio said when O’Rourke declined to support ending all private insurance. “The co-pays, the deductibles, the premiums, the out of pocket expenses.  How can you defend a system that’s not working?”

In fact, polls show that about 70 percent of Americans are satisfied with their healthcare. But that view was rarely reflected on stage.

On gun control, Sen. Cory Booker dominated, with a policy that includes mandatory federal gun licenses and gun buybacks (AKA “confiscation”). “If you need a license to drive a car, you should need a license to buy and own a firearm,” Booker said.

None of his fellow Democrats objected.

And on abortion, when Sen. Warren said she supported no limits on the procedure, Secretary Castro took it even farther. “I don’t believe only in reproductive freedom, I believe in reproductive justice,” Castro said.

“And, you know, what that means is that just because a woman — or let’s also not forget someone in the trans community, a trans female, is poor, doesn’t mean they shouldn’t have the right to exercise that right to choose.”

This approach may have resonated with one group of viewers, the Democrat base and progressive activists shopping for candidates. But there was another group of viewers: The independents and general-election voters who will likely pick the next president.

For the Democratic base, the winners Wednesday night were Warren, Castro and de Blasio, according to DC-based Democratic strategist Joel Payne.

“Elizabeth Warren was the focal point and she demonstrated why she’s a force. She was masterful and none of the others laid a glove on her. Castro and DeBlasio demonstrated real command of the stage and sensed the moment. I would not be surprised to see both move in the polls in coming weeks,” Payne told NHJournal.

However, according to Google Trends, Cory Booker was the most searched-for candidate of the night.

“What she showed Wednesday night was a different kind of smarts — knowledge of how to avoid going too far on cultural liberalism without losing her base,” Yglesias wrote.

And the loser? “Beto [expletive deleted],” the insider said.

Another Democratic strategist who also asked not to be named had a similar assessment of the Texas congressman’s performance: “Cataclysmically bad night for Beto.”

Granite State Beto supporter Jay Surdukowski doesn’t agree. “It was the night of the Texans – Beto and Castro were particularly strong,” he tells NHJournal.  While Booker supporter and prominent NH Democratic strategist Jim Demers says his guy got the job done.

“A magnificent night and big win for Cory Booker in Miami,” Demers told NHJournal.  “America saw what we have seen in New Hampshire– a candidate who knows his stuff and wins the likability contest. When people see and hear Cory, they feel the connection. A big night for Team Booker.”

New Hampshire Democratic state representative Kris Schultz told NHJournal that “Warren and Booker did well and remain strongly in my top tier. And de Blasio continues to wow me. His way of speaking most closely resembles my way of thinking about these issues.”

On the other hand, “Beto and Tim Ryan got schooled–and by women! They didn’t look good,” Schultz said.

That’s the view among Democratic activists.  But those casual, swing voters who tuned in out of curiosity saw something else: A party seemingly trapped by its progressive base.

“The danger is that Democrats move so far left they can’t win the Electoral College,” write the Daily Beast’s Matt Lewis.  “So how’d they do tonight? Spanish language pandering, unanimous and unfettered support for abortion (including for a trans female), decriminalizing border crossings, and talk of gun buybacks.

“This is just the first debate. If this trend continues, I have to think it pushes the Dem nominee leftward, and provides some pretty good campaign fodder for Donald Trump,” Lewis said.