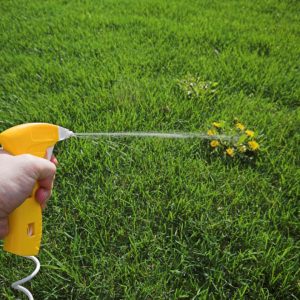 Is Your Weed Killer Killing You?

You might think that the popular weed killer known as Roundup is causing cancers around the world thanks to alarming news coverage of pending lawsuits. The first of thousands of such cases has now gone to trial in San Francisco, with the plaintiff claiming that Roundup caused his non-Hodgkins lymphoma.

But don’t panic. While the illnesses in these cases are tragic, it is highly unlikely that they have anything to do with glyphosate, which is the active ingredient in Roundup. Rather, opportunistic trial lawyers have latched onto claims about cancer risks, hoping that Monsanto, glyphosate’s manufacturer, will pay them to go away in generous legal settlements.

The International Agency for Research on Cancer decision in 2015 to classify glyphosate as “probably carcinogenic” triggered the trial lawyers’ interest in the chemical and also prompted some nations and a number of local governments to ban the product.

Yet IARC’s classification is contradicted by numerous scientific reviews around the world that determined the chemical is not likely to be carcinogenic to humans. These include evaluations by U.S. Environmental Protection Agency (2017 draft risk assessment); the European Food Safety Authority (2015), Health Canada (2017), the UN Food and Agriculture Organization (2016), and others. These findings are based on substantial studies related to human exposures as well as rodent tests.

IARC’s classification is largely based on data from a handful of rodent studies that the EPA and other evaluations did not find conclusive. The FAO study, for example, pointed out that rat studies found no association with cancer; only mice that were administered very high doses formed tumors. These mice studies reveal little if anything about risks to humans exposed to very low amounts of the chemical.

Indeed, many chemicals found in a healthy diet — including those that naturally form in fruits and vegetables such as carrots, celery and lettuce — cause tumors in rodents when administered in high doses. These tests simply remind us that the dose makes the poison, while trace exposures to such chemicals pose negligible risk.

IARC’s classification shouldn’t be taken seriously for an even more fundamental reason: the group does not actually assess risk. IARC focuses on determining if a chemical or activity poses a “hazard,” which is just the first step in risk assessment. A hazard assessment simply considers whether at some exposure level and under some circumstance a substance might pose a risk. The next steps consider dose and exposure, and whether actual human exposures are significant enough to matter.

Classifying chemicals based on hazard alone makes no sense since everything in life poses a hazard — it’s how we use something and how we’re exposed to it that matters. Even water can make your brain swell and kill you if you drink excessive amounts. But we don’t classify water as “dangerous” because most people don’t guzzle gallons at a time.

IARC’s hazard-focused approach makes its classifications meaningless and nonsensical. Consider that IARC lists smoking tobacco and plutonium in the same carcinogenic category with wood dust, painting houses, salty fish (Chinese style), and processed meat. Yet, you can’t even begin to compare the theoretical risks associated with eating bologna sandwiches and the actual risks associated with smoking cigarettes, which produces nearly half a million fatalities annually in the United States.

IARC places glyphosate in a lower-risk category of “probably” carcinogenic, along with a wide range of industrial chemicals as well as diseases such as Malaria and the human papillomavirus type 68, and more mundane things like red meat, being a hairdresser, or “shift working” that disrupts regular sleep hours. Coffee is fine, but don’t drink it too hot, because hot beverages are also “probably carcinogenic,” according to IARC.

IARC’s faulty process is compounded by the fact that its decisions appear tainted by anti-chemical ideologies and conflicts of interest. In the glyphosate case, IARC enlisted an Environmental Defense Fund activist to help as an “adviser.” And that “adviser” cashed in within days after IARC finalized the classification, eventually collecting $160,000 (so far) from trial lawyers who hired him as an “expert” witness in their case.

So, as the headlines about Roundup trickle out, don’t worry if you’ve used or want to use the weed killer again. These cases actually have little to nothing to do about the risk and everything to do about trial lawyers using junk science to cash in on other people’s suffering.