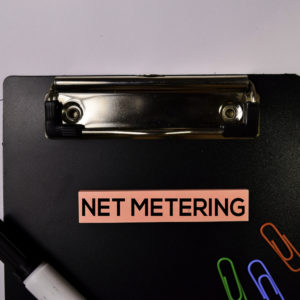 Posted to Energy August 09, 2019 by Liam Sigaud and Steve Pociask

In most states, homeowners with rooftop solar panels can feed back any excess energy they produce back into the grid, earning either energy credits or direct payments in return. The policy is called net metering, and its intent — to encourage the adoption of clean energy systems — is laudable.

Yet the net metering programs in place around the country create a host of adverse, unintended consequences that outweigh their benefits, especially for low-income households, according to a new report by the American Consumer Institute.

The central problem is that net metering customers are sometimes compensated for the energy they sell to their electric utility at the retail rate of electricity — the final price charged to end users, which includes the costs of generating, transporting and delivering the power. When net metering consumers are paid retail rates for the excess solar electricity they produce, they are compensated not just for the energy they generate but also receive the part of retail rates normally devoted to maintaining the electrical grid. As a result, utilities are forced to pay these customers more than what their energy is actually worth. To make up for these inflated payments, electric utilities charge the other customers higher rates.

Subsidies to net metering customers are doubly contemptible in light of the fact that households with rooftop solar systems tend to be considerably more financially affluent than the general population. One analysis showed that the median income of those with solar systems was $91,210, 49 percent more than the average household income in the U.S.

Consider this: households earning less than $15,000 per year spend 17 times more of their income on electricity bills than households earning more than $200,000. Thus, the implicit subsidies created through net metering programs transfer wealth away from those already struggling to pay their utility bills.

Net metering hurts consumers in other ways. Many corporations — many of them billion-dollar enterprises — view net metering as a lucrative opportunity to boost their profits at homeowners’ expense. Overwhelmingly, the residential solar system market is based on a third-party ownership model in which homeowners lease solar panels from installation companies. The leases usually look like an irresistible deal — companies offer zero-money-down installations, no maintenance costs, reduced electricity bills, and low payments. But consumer protection agencies have caught these companies exaggerating future energy savings, downplaying insurance costs, and distorting the financial risks.

Confronted with these realities, some states, including Nevada and Indiana, have taken action to more closely align their net metering rates with the cost the utility avoids by not purchasing the energy from another provider. This wholesale rate — which is generally a little more than half the retail rate — is the true, market-driven value of energy generated by home solar systems.

For net metering to be successful, it is crucial that policymakers find solutions that produce more benefits than costs. Accomplishing this requires getting the prices correct and increasing consumer protections.