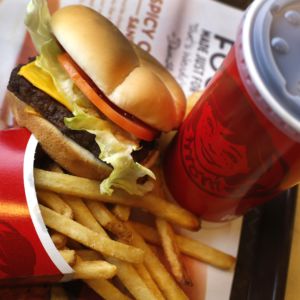 Wendy’s was condemned by an employee rights campaign Thursday for refusing to sign a pledge to protect farm workers because of a questionable fee.

The Coalition of Immokalee Workers (CIW) is a national campaign to combat slave labor and worker abuse. It has pressured Wendy’s to sign an agreement designed to protect farmworkers. Wendy’s has pushed back arguing the pledge is about more than just protecting worker rights.

“In any event, now that the Wendy’s statement is out there, we face the thankless task of responding to mountains of misinformation without just throwing up our hands and walking off stage,” CIW stated in its response. “We’ll do our level best.”

CIW has tried for several years to get the fast-food chain to sign its Fair Food Program agreement. Food service companies that sign the agreement pledge to make sure source farms have humane wages and working conditions. Wendy’s argues the campaign is merely after more money.

“It sounds simple enough, and you may wonder why we have resisted this demand,” Wendy’s Communications Vice President Liliana Esposito wrote on Wednesday. “The CIW requires participants to pay an additional fee directly to the tomato harvesters that work for the growers, on top of the price we already pay for the product.”

Wendy’s is referring to a penny-per-pound premium that goes to farmworkers in the program. CIW pools the premiums paid by all participating companies which then get distributed to the farmworkers it represents. Wendy’s states the fee would go to farms they don’t even work with.

“So why does CIW have a problem with Wendy’s?” Esposito went on to state. “Because we buy a lot of tomatoes for which they don’t receive any money. The Fair Food program primarily operates in Florida and Wendy’s does not currently purchase tomatoes in Florida… and that’s at the heart of these protests.”

CIW asserts the response is aimed at misrepresenting the true purpose of the program. The group counters the implication that it makes money off the fee. Additionally, the group states they don’t just operate in Florida and actually represents 35,000 workers in seven states.

“Wendy’s strongly implies that the protests are not motivated by the imperative of social and economic justice for the workers who pick Wendy’s tomatoes,” CIW went on to write. “But are rather some sort of elaborate corporate shakedown.”

CIW adds its an excuse that was used by Burger King during a campaign back in 2008. Burger King at the time was explicit in their accusation campaign leaders were lining their own pockets. Nevertheless, it did eventually sign the agreement. Wendy’s argues there are other ways to protect worker rights without paying fees.

“We have always prided ourselves on our relationships with industry-leading suppliers who share our commitment to quality, integrity and ethics,” Esposito said. “We support the goals of any organization that seeks to improve human rights, but we don’t believe we should pay another company’s employees.”

CIW was founded in 1993 as a campaign to help farmworkers in Florida. It has since expanded to other states and even won the 2015 Presidential Medal for Extraordinary Efforts to Combat Human Trafficking. It currently partners with McDonald’s, Burger King, Subway, Taco Bell and Chipotle.