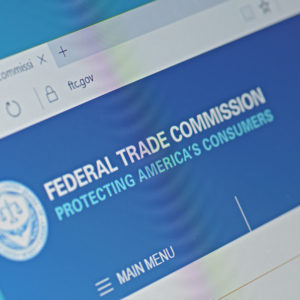 In a San Jose courtroom, those that care can be witness to a controversial Obama era antitrust case that, far from improving competition, threatens to harm American industry and American consumers by crippling the leading innovator in mobile technology, Qualcomm, all in the name of shaving a few dollars off the price of Apple’s and other implementers’ technology licensing cost.

Qualcomm is one of America’s most innovative companies. Many smartphone features consumers value and appreciate rely on Qualcomm technologies. The company has invested billions in R&D to support the tens of thousands of engineers who develop the technologies that make wireless systems work. Qualcomm later decided to develop and supply sophisticated chips that incorporate some part, but not all, of the wireless technologies needed to make mobile networks function.

A very large patent portfolio undergirds, and protects, Qualcomm’s technologies. It’s business model started with 2G in early 1990s, when it had an innovative technology solution (which later became the basis for 3G networks). From these early days, Qualcomm followed the widespread industry practice of licensing these technologies to device makers. Later, after Qualcomm started developing chips, Qualcomm adopted industrywide licensing practices. Qualcomm had no interest in encouraging the infringement of its own intellectual property. This resulted in a reasonable policy that a user of its intellectual property, such as a device maker, must have a Qualcomm patent portfolio license to buy Qualcomm chips.

The FTC has objected, claiming that Qualcomm’s business model is anti-competitive. It constructs a gerrymandered chip market to find that Qualcomm was a monopolist in certain products — CDMA and “premium LTE” modem chips only — at certain specific time periods.

In the FTC’s telling, Qualcomm can use its leverage in the chip market to extract higher royalty rates for its intellectual property. However, there is no reasonable benchmark for saying this. The FTC’s economic expert, my Berkeley colleague Professor Carl Shapiro, was the only expert the FTC put forward in its case at trial who was capable of calculating a monopoly overcharge. Surprisingly, the FTC used a licensing consultant, Michael J. Lasinski, whose completely unscientific methodology somehow concluded the price was too high.

When what’s been valued is thousands of patents, all very different, there is no single method available that can lead to a confident comparison, least of all Lasinski’s so-called patent strength methodology. Shapiro’s testimony nevertheless led to news headlines that Qualcomm’s royalties were a “naked tax.” On careful inspection, it turns out that, as Shapiro acknowledged in his cross examination, this tax was assumed, not observed. Such completely circular reasoning should not escape the attention of the court.

The FTC has resorted to another sleight-of-hand: to label Qualcomm rather than Apple as the perpetrator of a pricing surcharge. Since by law the FTC regulates competitive conditions, not prices, the commission somewhat incredulously argues that Qualcomm has too much bargaining leverage against Apple and other device makers.

To reach this odd conclusion, the FTC segments the market for LTE chips into premium and non-premium, and ignores the competitive forces at work in the premium space, where Qualcomm faces competition from MediaTek, Huawei, Samsung and Intel.

High or low, Qualcomm’s market shares in chips did not affect its licensing policy. When one realizes that Qualcomm royalties have stayed about the same, no matter its market share, in so called premium chips, one is forgiven for asking where is the evidence of a chip monopoly driven surcharge? The proper royalty level is at its core an industrial policy/technology policy issue that heretofore the competitive marketplace had solved quite well by arm’s length negotiated transactions.

Silicon Valley should shudder with the FTC’s market definition methodology as it will lead to almost all highly innovative firms being accused of monopoly, and have their business models overturned by the government. Ironically, Apple dialed down the performance of the Qualcomm chips it put into iPhones so that unlucky consumers who got an iPhone with an Intel chip inside wouldn’t notice the slower speed relative to the equivalent Qualcomm-inside iPhones. This suggests that if there is market power lurking in this neighborhood, it’s not with Qualcomm but with Apple … with whom the FTC has taken sides.

Patents are not self-enforcing and the FTC should recognize that Qualcomm’s business model is simply trying to get reluctant and recalcitrant infringers to pay a price sufficient to support the R&D investments needed to propel the industry forward. What is wrong with refusing to sell chips to someone infringing your patents?

Apple and possibly Intel may eventually be bitten by their current regulation-for-thee-but-not-for-me attitude. Heavy-handed de facto price regulation is now being spirited into an important technology market by the FTC without evidence, sound principle or a whit of concern for economic and national security and longer term consumer consequences.

It is only the hubris and myopia of the FTC staff running the case (given front-office recusals) that is giving life to this ill-conceived case.

The FTC risks existential harm to an important American technology developer. It will also damage the global technology market by replacing negotiation with court determined price regulation not guided in any way by consideration of the business model and financial returns needed to draw forth the investment needed to keep this industry competitive.

The regulatory excess on display in FTC v. Qualcomm would be less troubling if the future of the mobile ecosystem, and American’s leading role in shaping and benefiting from it, weren’t at stake. 2G, 3G and 4G were mainly about connecting people; 5G is also about the Internet of Things. Healthcare, autonomous vehicles, and smart homes are the visible frontier. U.S. leadership here is critical.

Indeed, in March 2018 the Committee on Foreign Investment into the United States (CFIUS) recognized that “a reduction in Qualcomm’s long term competitiveness … would significantly impact U.S. national security.”

What Broadcom couldn’t do by acquisition, our own FTC is hell-bent on doing by injunction. There is little doubt that if U.S. District Judge Lucy Koh enters an injunction dissolving Qualcomm’s business model, which is what the FTC has requested, Qualcomm will in short order be in financial distress as all licensees will cease paying their agreed-upon royalties.

The FTC and CFIUS are at war with each other, but the U.S. government has no institutional mechanism to bring these antagonists to terms. The FTC’s case should fail for lack of merit. The sheer complexity of patent and antitrust issues and the possibility of judicial error could coalesce into a monumental calamity for the U.S. economy (consumers and businesses) and national security.

In my view even Apple, which needs rapid innovation in mobile communications technologies to make its new product releases truly meaningful, is at risk. The judge, FTC commissioners and members of Congress should pay very close attention.

David Teece is the Tusher Professor of Global Business at the Institute for Business Innovation, Haas School of Business, UC Berkeley, and chairman and CEO of Berkeley Research Group He wrote this for InsideSources.com.