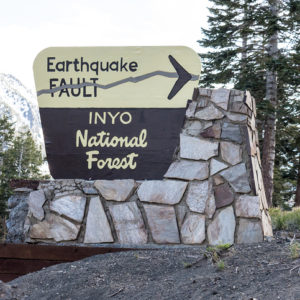 What Does it Mean for Taxpayers When It’s Always Earthquake Season in California?

California is blessed with stunning weather. If you’re in search of an endless summer, or an Olympic-grade winter, the Golden State provides. Yet, while it does have its fair-share of seasonal challenges, ranging from drought-induced wildfires to gubernatorial inauguration-disrupting floods, the peril for which the state is most synonymous — earthquakes — know no season.

And, so, on July 5, at the height of summer, Californians in the southern part of the state, in the town of Ridgecrest, rode out a series of quakes, the most severe measuring 7.1 on the Richter scale. Fortunately, damage from the seismic episodes appears to be minimal. This is not a repeat of Northridge (1994), Loma Prieta (1989), or San Francisco (1906). Yet, the tremors are a reminder that California has, is, and will always be on a razor’s edge of disaster.

Glenn Pomeroy, CEO of the non-profit “California Earthquake Authority,” said of the quake: “You put a 7.1 under Los Angeles, you’d be looking at a whole different situation. … We could be looking at billions of dollars in damage.”

The human cost of an earthquake under one of California’s major population centers is terrifying to contemplate. Particularly considering that the San Francisco earthquake of 1906 was 7.8 magnitude, and that much worse is possible.

Fortunately, structural seismic retrofitting and other preparedness activities can mitigate the scale of such a disaster. Likewise, contemplating and mitigating the financial fall-out of a major earthquake in California should be at the top of policymakers’ minds — in California and Washington, D.C.-— because a significant seismic event in California risks destabilizing the nation’s economy as a whole.

In a study released last year, R Street Institute scholars R.J. Lehmann and Daniel Semelsberger found that California is home to approximately two-thirds of Fannie Mea and Freddie Mac’s earthquake risk. These government-sponsored enterprises hold billions of dollars of mortgage debt that is supported by uninsured collateral — California homes. Specifically, the study finds that they hold more than “$355 billion in unpaid principal on mortgages in earthquake-exposed counties, representing 7.3 percent of their combined 2016 mortgage books.”

This means that, in the event of a major earthquake, the collateral supporting Fannie and Freddie’s investments would crumble and burn, and the U.S. taxpayer would be stuck with the bill.

To prevent a national economic shock, policymakers should seek to transfer earthquake risk by both encouraging the sale of private earthquake insurance in California and ceding GSE-held mortgage risk to reinsurers.

In the first instance, increasing the Golden State’s currently low earthquake insurance take-up rate (roughly 13 percent), it is necessary to ensure that the CEA is able to maintain its ability to affordably offer coverage to Californians. That means updating the CEA’s decades-old enabling legislation to better fit contemporary demands.

In the second instance, transferring GSE-risk to reinsurers, federal lawmakers and policymakers at Fannie and Freddie should consider following the lead of the National Flood Insurance Program, which effectively ceded more than a billion dollars in flood exposure for $150 million, thereby saving taxpayers millions when that insurance was triggered by the 2017 hurricanes.

Given the scale of the risk presented by a seismic calamity in California, neither of these fixes would represent a significant investment for taxpayers. In fact, given the virtual certainty of a major California earthquake in the years to come, both options stand to save taxpayers billions. When that quake will hit is unknown and unknowable, but the fact that it will happen should serve as a reminder that it’s always earthquake season in California.

Ian Adams is a senior fellow at the R Street Institute, a free-market think tank based in Washington, DC.