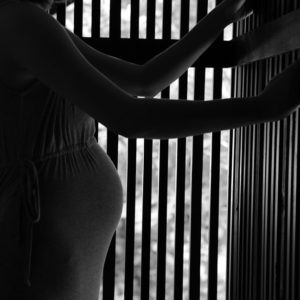 What Happens to Incarcerated Pregnant Women During a Pandemic?

COVID-19 is rampant in jails and prisons.

Many advocates are rightly requesting the release of elderly people, people being held pre-trial and people who are being held due to a technical violation of their community supervision. But one extraordinarily vulnerable population should also be released from custody during the pandemic — incarcerated pregnant women.

Women who are incarcerated are already suffering from inadequate healthcare in jails and prisons. Historically, the U.S. prison system was built to serve male residents, leaving many correctional facilities unprepared to meet the distinct biological and psychological health needs of women.

For example, many federal prisons do not hire doctors or nurses who are trained in obstetrics and gynecology, which leads to decreased rates of screenings and incorrect interpretation of test results, when they are performed. Women who are at higher risk for preventable diseases, like breast or ovarian cancer, are frequently not screened or have abnormal screening results that go undiagnosed.

Furthermore, national data from the early 2000s suggests that between 3 percent and 5 percent of women are pregnant at the beginning of their incarceration. Additionally, scholars have estimated that up to 2,000 incarcerated women give birth each year. While state and federal prisons should be equipped to provide quality prenatal care, most lack the appropriate resources.

All expectant mothers across the world are facing fears about how COVID-19 could affect their pregnancies. While there is little information specifically about the effect of COVID-19, research was conducted about the effects of similar diseases, like SARS, and findings suggest that pregnant women may be at higher risk of complications if they have a respiratory illness.

For instance, established medical data suggest that if a woman has a high fever in the first trimester of her pregnancy, the chance of certain birth defects is increased.

Some who support the “tough on crime” mindset might argue that releasing a person who has been convicted of a crime would avert justice. However, when it comes to incarcerated pregnant women, the situation is different because of the developing innocent life.

Individuals who are convicted of a crime have a social responsibility to atone for that mistake and public safety must be protected; but simultaneously the safety of their unborn child must be considered as well.

This issue becomes all the more pressing as we learn more about the virus; consider New York City, where COVID-19 struck the United States hardest. Hospitals are reporting very large numbers of pregnant women testing positive for coronavirus.

Indeed, one study conducted by doctors at the New York-Presbyterian/Columbia University Medical Center tested asymptomatic pregnant women arriving at the hospital to give birth and found one in eight of them were positive for the coronavirus.

Some states are working to mitigate this threat by releasing incarcerated pregnant women and new mothers.

For example, in North Carolina, the Department of Public Safety announced that it would consider the release of incarcerated pregnant women; and in Illinois — where a unique wing to house incarcerated mothers with their newborns already exists —the state has already released at least six new mothers with their infants. Other states should consider similar release plans.

At the federal level, legislation introduced in the Senate on March 25 would support releasing incarcerated pregnant women.

The bill would require that certain federal prisoners — those who are pregnant, age 50 or older, have certain underlying medical conditions, or have 12 months or less to serve — immediately be placed in community supervision when a “national emergency relating to a communicable disease” has been declared and for 60 days after it has expired.

Allowing pregnant women to practice social distancing in their own homes can help reduce their risk of contracting the virus. On a larger scale, by decreasing the overall number of individuals who are being held in jails and prisons, we can reduce the risk for other inmates, correctional officers, and staff.

Alternatives to incarceration should be implemented immediately to ensure the health and safety of women.

To do otherwise would be to unjustly risk the lives of mothers and innocent unborn children.