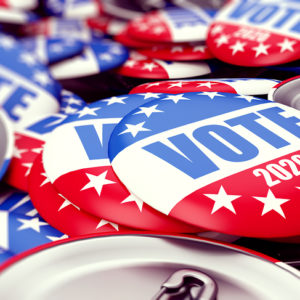 What if the Presidential Contest Isn’t Close?

In 2016, nearly all the politicos predicted a victory for Hillary Clinton. Stung by their public humiliation four years ago, today most of the “experts” are acting like the presidential race is neck-and-neck even though nearly all signs point to a Joe Biden victory.

In 2016, the President beat Hillary Clinton by taking Wisconsin, Pennsylvania and Michigan by less than 78,000 votes out of nearly 14 million (or .56%) votes cast. But today, Trump is getting less support from voters than he got in 2016, and Joe Biden is getting more support than Hillary.

According to one pollster, that support for Biden comes from voters that backed a third-party candidate in 2016. So, if Trump barely won last time, but now is getting less support, and Biden is getting more support than Hillary, it’s hard to see how Trump pulls this out.

The fact that Trump is losing support from people who supported him in 2016, comes from the national poll that actually predicted a victory for Donald Trump in 2016, the University of Southern California’s Dornsife poll.

This poll is unique, because it samples the same people during the final months of the campaign. At this stage of the race four years ago, the Dornsife poll had Donald Trump leading Hillary Clinton by around 4 points. Today, the same poll has Joe Biden up around 10 points.

While only being the Democratic nominee for the last several months, Biden has $266 million in the bank and his cash advantage over the President grows daily. In fact, Biden is now outspending the President 2-1 in the closing weeks of the campaign.

Because of this cash crunch, the Trump campaign is actually cutting spending in the very battleground states he must win to beat Joe Biden. In Michigan and Pennsylvania, the president has cut his spending on advertisements to zero.

This is stunning, considering that some experts think that Pennsylvania might be the most important state in 2020, when it comes to determining the next commander in chief.

As for the narrative that the pollsters got it wrong in 2016 — by predicting a Clinton win — and the same thing will happen again in 2020? The respected election forecaster Charlie Cook outlined late last month, that many pollsters in 2016 under-sampled whites without college degrees, and over-sampled whites with college degrees, making Clinton’s polling edge a mirage. This miscalculation has been fixed by pollsters in 2020.

How the passing of Supreme Court Justice Ruth Bader Ginsburg will impact the election — it’s too soon to predict. But, again, if fundraising is an accurate representation of voter enthusiasm, then this tragedy is seemingly benefitting Democrats.

Today, by 8 percentage points, more Americans disapprove, than approve of the job Donald Trump is doing as president. Maybe it’s no coincidence that the president is losing to Biden by 8 points in the same poll.

The fact that this national polling advantage for Biden has remained relatively static for so many months now, it’s hard to see how Donald Trump gets re-elected.