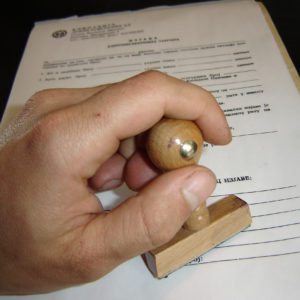 Environmental Impact Statements Are Front and Center of Pipeline Fights–What Is an EIS?

Governmental acronyms, particularly military ones, are all too often unpronounceable strings of letters forming an argot for the initiated. Energy infrastructure and development is saddled with one of the more perplexing: EIS, or an environmental impact statement. These documents are at the heart of several major energy development projects. Under U.S. environmental law, an EIS is a document describing the positive and negative effects of certain proposed actions “significantly affecting the quality of the human environment.” Required by the National Environmental Policy Act (NEPA), these statements help policy makers at the state and national level make informed decisions.

At least, that is the goal of the process. In the past year, as resistance to pipeline construction has grown across the country, these documents are becoming increasingly politicized. Rather than seeing the EIS process as a means for builders and affected parties to mitigate the effects of develop, environmentalists are attempting to use the process to halt pipeline projects altogether.

This was the case with the Atlantic Coast pipeline, which was granted an EIS by the Federal Energy Regulatory Commission on Friday. When completed, the pipeline will carry natural gas from West Virginia into Virginia and North Carolina. Environmental groups quickly criticized the decision.

“Despite all its rhetoric, FERC continues to prove it’s nothing more than a rubber stamp for fracked gas pipelines that threaten our communities and our climate,” said Deb Self, a Sierra Club representative. “FERC has failed to account for the dangers the Atlantic Coast Pipeline, which would lock communities into the dirty and dangerous fuels of the past when clean, renewable energy options are readily available.”

Their criticism of FERC’s decision highlights how environmentalists want to view the EIS process as a means of halting infrastructure construction, rather than treating it as an impact assessment.

Under U.S. law, all pipeline and natural gas storage projects are subject to an environmental review process by FERC. The process involves numerous steps and several opportunities for affected parties to bring their concerns about property rights, environmental contamination, and wildlife before the commission.

The process for granting an EIS begins when a company wishing to build a pipeline files a request for review with FERC. The company then works through a process of identifying stakeholders and scheduling community meetings to discuss the project. FERC participates in these public meetings with local stakeholders, making it clear to them that the meetings are part of the process of preparing an EIS and seeking their feedback.

In addition to contacting local residents and concerned environmental groups, FERC works with other federal agencies to get a broad perspective of how the project will affect agriculture, water, and wildlife. As FERC gains additional information about the project, the company finalizes its route, drawing on what it has learned through citizen meetings.

At this stage, pipeline routes are still relatively fluid. During the DAPL application process, for instance, Energy Transfer Partners shifted the pipeline route several times as a result of concerns voiced by groups the company met with.

All of this information goes into a formal draft application to FERC, which is used to prepare a draft EIS. After this EIS draft is released, the commission opens a public input period and holds meetings to get additional public input on the project. Here the goal is to find an effective compromise, balancing industry needs with resident concerns. At the end of the process, FERC will issue an EIS which gives a broad and deep assessment of the impact of the project.

As drafted by FERC, the impact statements provide a means of weighing the effects of a pipeline against the proposed countermeasures presented by the company. In the case of the Atlantic Coast pipeline, FERC found that “would result in some adverse effects, such as impacts on steep slopes and adjacent waterbodies and associated aquatic resources; forested vegetation” as well as certain species of animals including an endangered species of bats.

In the document, the commission weighed these facts against “impact avoidance, minimization, and mitigation measures” presented by the company building the pipeline, concluding that adopting these measures and additional FERC staff recommendations “would further avoid, minimize, and mitigate these impacts.”

Avoidance and mitigation of environmental impacts is the goal of the EIS. As a commission, FERC is largely focused on regulating the construction of energy infrastructure rather than forcing companies to cancel projects. During confirmation hearings in April, President Trump’s two appointments to FERC both stressed their focus on predictable permitting and an expedited review process.

This is a shift from the way that EIS documents were treated last year. Since the DAPL protests last summer, the drafting of these documents has become increasingly politicized. In North Dakota, the Standing Rock tribe argued, among other things, that the construction and operation of the pipeline would affect its water, hunting, and fishing. In the waning days of the Obama administration, Jo-Ellen Darcy, head of the Army Corps of Engineers, made a last minute announcement of an additional EIS on top of that used by FERC to approve the project.

Even though most of the pipeline had been completed, Darcy announced that the Corps would study “alternate routes for the pipeline crossing.”

Protest groups latched on to the statement, hoping that the delay would be sufficient to eventually kill the project.

Darcy’s announcement, and the decision by the Obama-era Corps to delay an announcement about the DAPL easement, demonstrated how what had been an administrative process had become an increasingly polarizing topic. To supporters of the pipeline, Darcy’s announcement unnecessarily delayed pipeline construction and was redundant at best. To protesters, it was another attempt to shut down construction.

Today, the DAPL is shipping oil. Environmentalists, however, are continuing to use the EIS process to attempt to delay or halt energy infrastructure projects. At least so far, they have yet to be successful.