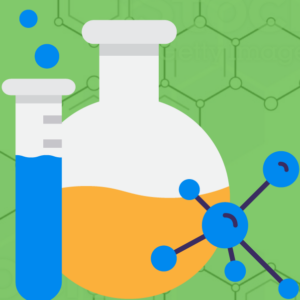 What To Do About PFAS? It’s Complicated.

In the ever-present effort to preserve our environment, the next frontier for regulators is per-and polyfluoroalkyl substances (PFAS). States across the country are narrowing their sights, specifically avoiding their prevalence in water sources. Federally, the PFAS Action Act has been passed in the house, declaring all PFAS hazardous, which could lead to a ban of the entire class of nearly 5,000 chemicals.

It seems obvious that limiting PFAS in water supplies is needed. We know, both from historical cases and recent research, that PFAS can pose a serious threat to human health if it is in the water we drink. It’s the proper role of the government to ensure that dumping is prevented and to punish those responsible to the fullest extent of the law.

But there is good news in this debate that most ignore. Despite alarmist headlines, PFAS has been largely phased out from being used where unnecessary. A  2018 Toxicological Profile for Perfluoroalkyls by the Agency for Toxic Substances & Disease Registry said that “industrial releases have been declining since companies began phasing out the production and use of several perfluoroalkyls in the early 2000s.” In addition, a CDC report shows that since 2000, “mean blood levels of two respective compounds have declined approximately 84 percent and mean blood levels of PFOA have declined about 70 percent,” and recent reports are showing that bodies of water contain only trace amounts of PFAS, and they have been steadily declining.

While that is great news, the conversation in regards to PFAS appears to be stuck in the early 2000s, when a class-action lawsuit against Dupont was launched for what ended up being an egregious case of chemical dumping. The health impact from this was widespread, and the company settled for over $670 million. Unfortunately, federal legislators are responding to headlines of yesteryear as opposed to taking a measured evidence-based approach.

Despite this, a blanket ban would be incredibly misguided because separate use cases for these chemicals present different risks for Americans. Some present no risk to humans, and in fact, provide great value. Take medical equipment for example. PFAS is used in the production of life-saving medical equipment and is vital for contamination-resistant gowns, implantable medical devices, heart patches, and more.

Embracing a “one size fits all” approach to PFAS without evaluating the risk associated with each use puts lifesaving medical technologies in jeopardy and patient safety at risk. That is the fundamental problem with potential bans, regardless of how these chemicals are used and irrespective of whether or not they present a risk to Americans. When produced in a responsible manner that avoids contaminating water sources, the use of PFAS for medical equipment is a net positive for Americans.

But it isn’t just the availability of medical equipment at risk if bans continue. These compounds are fundamental in the production process for smartphones, used by 290 million Americans every day. Forcibly removing these chemicals from the production process would disrupt supply chains, inflate costs for consumers, which is incredibly regressive, all while this use case of PFAS presents little risk to human health.

Unfortunately, this misguided approach is now creeping into the FDA and their Scientific Advisory Board (SAB). During their upcoming December meeting, the SAB plans on releasing the first round of testing data following the release of the National PFAS Testing Strategy in October 2021. The issue with this is that these test orders were issued far in advance of the Agency’s PFAS categorization framework which is essential to obtain data critical for informing the Agency about PFAS hazards, exposure, and risk.

Essentially the SAB is going to publish their findings, prior to the framework that will outline what appropriate thresholds are, and how regulations should be structured accordingly. As a result, the data that is expected to be presented will be presented without any instruction on what the exposure risks are, and will likely lead to a skewed result adding to the PFAS panic and calls for bans.

Luckily, some voices of reason have emerged in Congress, like Indiana Rep. Larry Buschon. As a heart surgeon by trade, he has rightfully pointed out that the heavy-handed approach would put life-saving medical technologies at risk. Hopefully, more will listen, and Congress can both limit PFAS exposure where it is dangerous while allowing for it to continue to be used where it is safe.