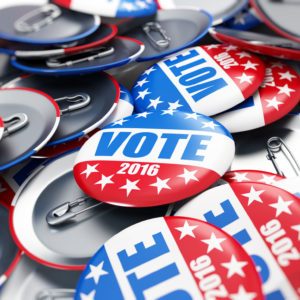 What Voters Should Know About Climate Change

Presidential candidates Hillary Clinton and Donald Trump have diametrically opposed opinions about the theory humans are causing catastrophic climate change and what government policies ought to be created, if any, to address such concerns. They present an opportunity for voters to expand or reject President Barack Obama’s war against fossil fuels.

Clinton and her fellow Democrats want to expand on Obama’s policies. On the campaign trail, Clinton called climate change “an urgent threat and a defining challenge of our times,” and the Democratic Party’s 2016 platform reinforces this view, calling climate change an “urgent and severe threat” requiring a response “on a scale not seen since World War II.”

Clinton and the Democrats promise to continue to expand Obama’s restrictions on cheap, clean, widely available energy sources as part of their plan to offer “a robust global solution to the climate crisis.”

Trump rejects those claims. In a September 21, 2015, appearance on conservative personality Hugh Hewitt’s radio show, Trump said, “I’m not a believer in man-made global warming. Obama thinks it’s the number-one problem of the world today, and I think it’s very low on the list. … We have much bigger problems.”

Trump’s view reflects that of most Americans and a majority of people around the world. In repeated surveys, the U.S. public ranks climate change as last or close to last among issues of concern, far behind problems such as crime, the economy, education, energy prices, health care, immigration, national security and taxes. People in developing countries tend to see climate change as even less important. Basic problems such as access to clean water, food availability, and political corruption are their big concerns.

Trump says Obama’s policies for fighting climate change are harming the United States, and he has committed to reversing many of the Environmental Protection Agency’s regulations that limit Americans’ ability to produce and use fossil fuels.

Only time will tell whether humans are causing climate change and whether its effects will be catastrophic, but the science suggests no panic is in order. The climate is changing now and always has changed, just as ecosystems change and temperatures fluctuate naturally. The year 2015 may have been the warmest on record — if you believe politically adjusted, ground-based temperature station data. But if you consider satellite and weather balloon data, 2015 was a warm year that probably did not break any records.

What about the many predicted climate disasters? It’s true sea levels are rising. They’ve risen more than 400 feet since the end of the most recent ice age. But nearly all the sea level rise occurred before the Industrial Revolution and the widespread use of fossil fuels. Contrary to Clinton’s claims, sea levels are rising more slowly now than they have for the vast majority of the past four centuries, and there’s no sign the rate has accelerated recently.

In fact, the climate news is overwhelmingly good. Antarctic sea ice, snow and ice cover are growing. Polar bears are thriving, with their overall numbers stable or increasing. Hurricanes are at or near record lows in frequency and strength. Instances of drought and flood are well within historic norms. Plant coverage is expanding, with deserts being reclaimed naturally and crop yields regularly setting records. Fewer lives are being lost to climate-related events, relative to population size, than at any other time in recorded history.

All these facts contradict the climate model projections, and they are documented extensively in the multi-volume, peer-reviewed scientific reports issued by the Nongovernmental International Panel on Climate Change.

Scientists increasingly recognize these facts as contradicting the climate doom scenarios, as documented in the book “Why Scientists Disagree About Climate Change.” A report released by the National Academy of Sciences states, “Because there is considerable uncertainty in current understanding of how the climate system varies naturally and reacts to emissions of greenhouse gases and aerosols, current estimates of the magnitude of future warming should be regarded as tentative and subject to future adjustments (either upward or downward).”

As the academy observes, the available evidence shows it is way too early for politicians to commit the world to costly actions limiting access to reliable, inexpensive energy. The two presidential candidates provide a stark choice between facts and speculation regarding climate change.