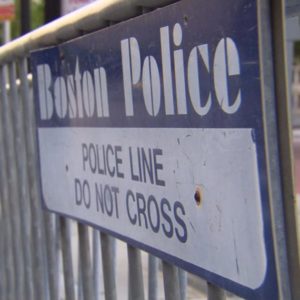 What Would 2020 Dem ‘Progressive Prosecution’ Policies Look Like? Ask Boston.

If you want to see the future of America’s criminal justice system under Democratic control come to Boston — where a progressive prosecutor is fighting to keep violent protesters out of jail and on the streets.

Over Labor Day weekend, a group of activists linked to the alt-right movement held a “Straight Pride March” on the streets of Boston, where they were vastly outnumbered by thousands of counter-demonstrators. Among them were self-described members of the violent left-wing group Antifa, and when the Straight Pride marchers refused to engage them, these angry activists turned on the police.

Four Boston cops were injured and 36 progressive activists were arrested on charges from disorderly conduct to assault and resisting arrest. Larry Calderone of the Boston Police Patrolmen’s Union reported “bottles of urine, bottles of chemicals, bottles of unidentified materials and rocks” were thrown at the cops by counter-protesters.

But when their cases came before the courts, the Suffolk County prosecutors declined to prosecute most of the offenders. They asked judges to dismiss cases of resisting arrest and disorderly conduct as part of District Attorney Rachael Rollins’s policy of refusing to prosecute what she calls “low-level” offenses.

Rollins, an outspoken progressive, ran for D.A. on a platform that included fighting against what Democrats call “mass incarceration,” releasing a list of crimes that would no longer be prosecuted by her office. Among them: resisting arrest, drug dealing, larceny under $250, shoplifting, disorderly conduct and trespassing.

Rollins is not alone. As the New York Times reports, “dozens of police departments and prosecutors’ offices have announced that they will no longer make arrests for minor crimes.”

Rollins’s policy is also endorsed by Sen. Elizabeth Warren, and it’s an approach that reflects the 2020 candidate’s own criminal justice reform plan. Warren, who calls the American criminal justice system “racist from front to back,” is just one of the Democratic presidential candidates who supports ending prosecutions of some nonviolent crimes and allowing more convicted criminals out of jail.

“It’s happening across the United States as prosecutors purport to fight mass incarceration,” the Manhattan Institute’s Heather Mac Donald told InsideSources. “It’s because enforcing the law has a disparate effect on black people. Refusing to enforce the law has become a form of progressive virtue signaling.”

Sen. Cory Booker, who led an aggressive enforcement of public-order laws as mayor of Newark, has released a criminal justice reform plan that would allow more crimes to go unpunished and would give states money for releasing more offenders — including those convicted of violent crime — from prison.

Sen. Bernie Sanders, who famously said murderers and terrorists should be able to vote while in prison, also supports federal oversight of local police. This is in keeping with the fundamental premise of “progressive prosecution” — that public-order laws like trespassing and resisting arrest are tools used by police against people of color.

“These progressives believe that public-order laws are just a way to hassle black citizens,” Mac Donald says, “but it’s the law-abiding residents who live in these communities who are begging police to enforce these laws.”

In the case of the aggressive Boston protesters, it’s also the judges who are insisting the laws be enforced. Judge Richard Sinnott refused prosecutor requests to drop the charges against some of the protesters as requested. When the judge ordered one of the alleged offenders charged with disorderly conduct and resisting arrest held without bail, his lawyer asked that the accused severe health problems be taken into account.

“What’s somebody with severe health problems doing at a riot?” Sinnott demanded, before sending him off to jail.

As a result, Bostonians are witnessing the bizarre scene of their local prosecutor going to the state’s highest court to demand the right not to prosecute people seen fighting with the police.

“These laws recognized the need to protect basic norms on behalf of our civil society, and it’s disturbing to see the same lawmakers who pass our laws announce their support for ignoring the law,” Mac Donald says. “They are playing with fire.”